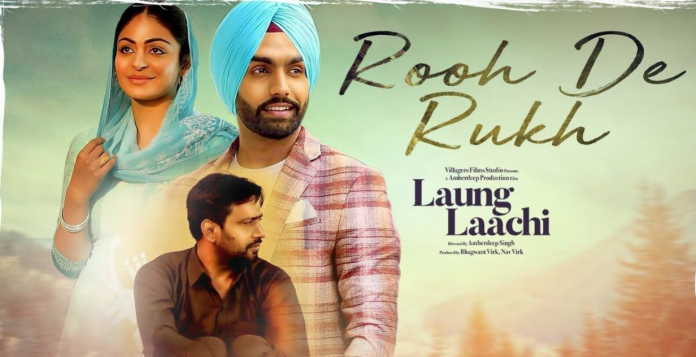 Rooh De Rukh, is the latest song to be released from the upcoming Punjabi movie, Laung Laachi.

This is the fourth song to be released from the anticipated movie starring Neeru Bajwa, Amberdeep Singh and Ammy Virk.

Rooh De Rukh, is a sad and emotional song that has been sang by Prabh Gill. The heartfelt number has been composed by Gurmeet Singh and the lyrics have been written by Harmanjit,

The track touches the audiences’ heart as we Amberdeep Singh’s character playing a broken hearted husband, and can’t bear being away from the love of his life.

In the video for the song, we see the declining relationship between Neeru Bajwa and Amberdeep Singh’s character, and reflects in the sad song.

Laung Laachi will be in cinemas 9th March 2018.

Check out Rooh De Rukh from the upcoming Punjabi movie Laung Laachi below.