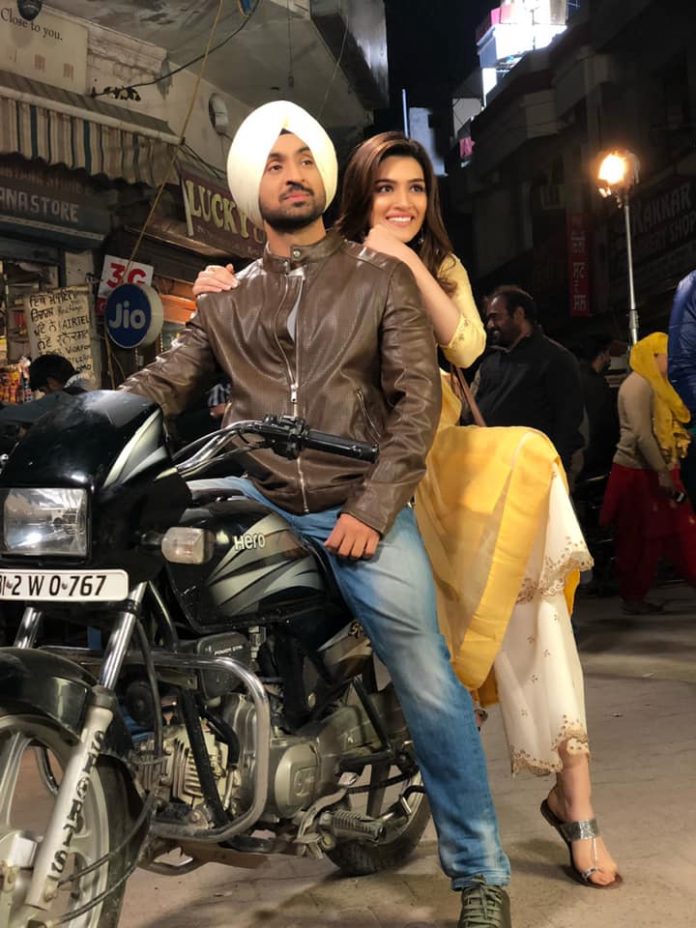 The ‘Compulsory Pyaar Wala Gaana’ features leading stars Diljit Dosanjh and Kriti Sanon, as we see them both romancing one another. The soundtrack has been full of popular hits such as ‘Main Deewana Tera’ and ‘Crazy Habibi vs Decent Munda’, which were both sung by Punjabi sensation Guru Randhawa.

The latest song has been sung by Sachet Tandon, who is riding high on the success of the ‘Kabir Singh’ soundtrack, where he composed and a sang a couple of songs.

The song is mellow and soothing, and Sachet’s voice really suits Diljit’s personality, and the cute chemistry between Diljit and Kriti will have hearts racing.

‘Arjun Patiala’ stars Diljit Dosanjh, Kriti Sanon and Varun Sharma in lead roles. The Rohit Jugraj Chauhan directorial follows the humorous journey of a small-town cop. This will have audiences crying with laughter in their seats when it releases on 26th July 2019.