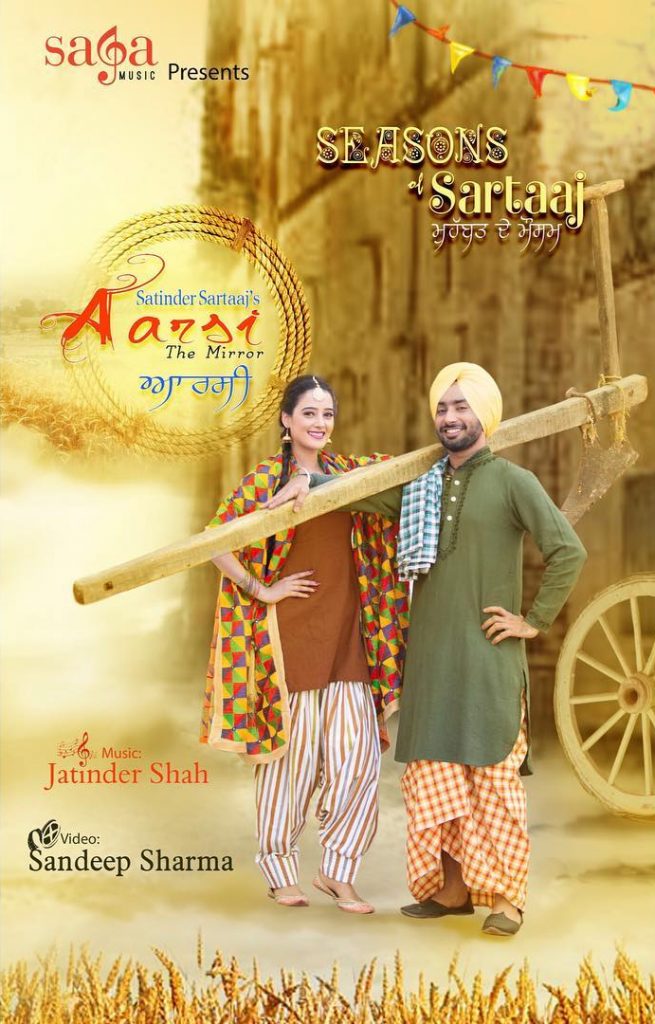 Punjabi and Sufi singer Satinder Sartaaj has released his third single, Aarsi (The Mirror) from his album ‘Seasons of Sartaaj’.

Satinder Sartaaj always lives up to his name and delivers songs that never fail to impress his fans, with his soulful voice. His fans have already heard ‘Tere Vaastey’ and ‘Main Te Meri Jaan’ from his album ‘Seasons of Love’, and now the third song ‘Aarsi’ which means ‘The Mirror’ is finally here.

Just like the other tracks, the latest song is just as romantic, and has been written by Satinder Sartaaj himself. The beautiful video to accompany the song has been directed by Sandeep Sharma.

The winner of Miss PTC Punjabi 2017 Bhawan Sharma, can be seen playing Sartaaj’s love interest in the video. We also see the Sufi maestro showing of his Bhangra dancing again, that is sure to please his fans across the world.

Award winning music director, Jatinder Shah, has worked his magic again with ‘Aarsi’, just like he has with the other songs off the album.

Satinder Sartaaj shared this message about the song: “Aarsi is an ornament which women used to wear in old times which has a mirror that was used to set makeup and hair.

This song shows a cute relationship and another facet of love: that both the partners should be transparent to each other. Just like a mirror which reflects every truth and lie, there should be no secrets in a relationship. The essence of a successful love story is absolute sincerity towards each other.

I enjoyed writing this song and poured my heart out while shooting it. I am very happy with the response people have been showering on the ‘Mohabbat De Mausam’ album. I just hope people will like this song equally”.

Check out Aarsi by Satinder Sartaaj below and on BritAsia TV.