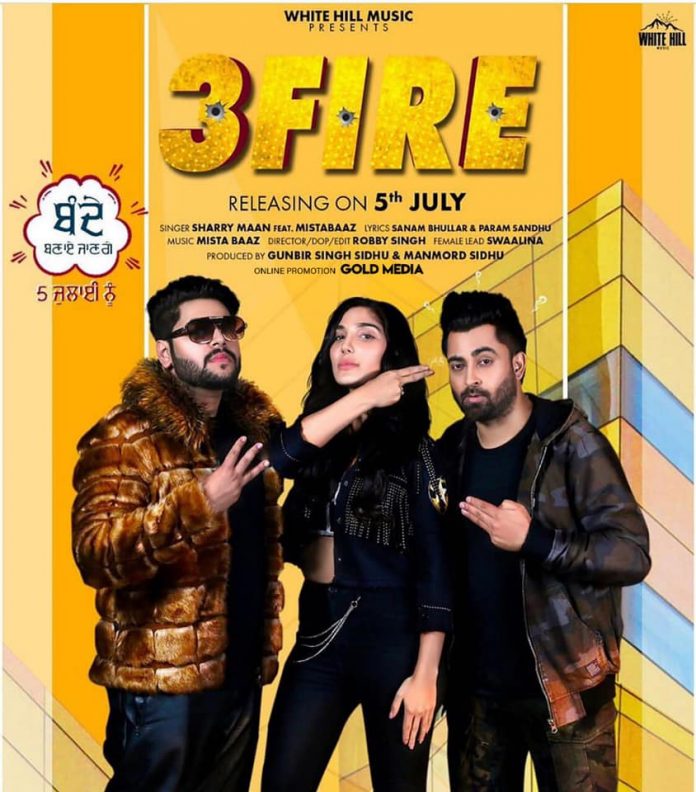 Punjabi singer Sharry Maan is back with another big track titled ‘3 Fire’.

There is no question of a doubt that Sharry Maan is one of the most prominent figures in the Punjabi music industry. He made a huge impact with his tracks such as ‘Hostel’, ‘3 Peg’, ‘Yaar Anmulle’, and many others.

His last single, ‘Naukar’ was released back in February, and was another track which was appreciated by his fans around the world.  Now, he’s set to entertain audiences with ‘3 Fire’.

In true Sharry Maan style, the song has a fun element to it which reflects in most of his previous releases. The lyrics have been written by Sanam Bhullar and Mistabaaz has produced the music.

The video for the track also featured model Swalina, who plays Sharry’s love interest. It will have you smiling all the way through, and is another one to add to your playlists.