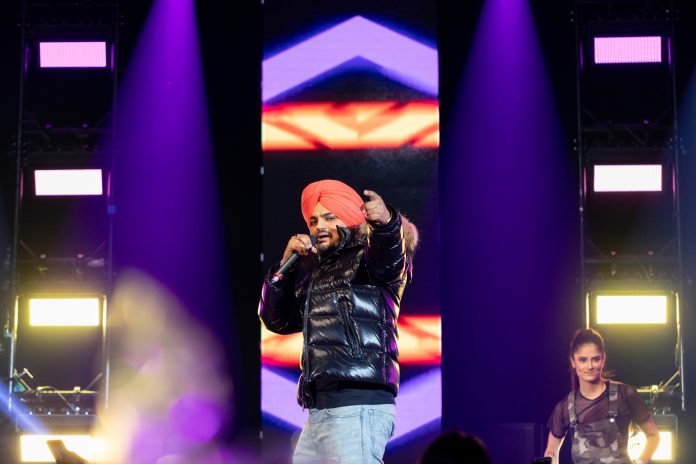 Last week, we saw Sidhu drop the powerful ‘Sidhu’s Anthem’, and now he has not wasted anytime on releasing his next track.

He recently blew the UK audience away at our Punjabi Film Awards 2019 where he performed his classics such as ‘So High’, ‘Issa Jatt’, ‘Dollar’, ‘Jatt Da Muqabala’ and many more. He is now back with more new music to storm the charts.

‘East Side Flow’ is all about Sidhu making headlines with his music, and him showing that he will carry on being himself. His genius lyrics show why he is one of the best artists in the industry, and his delivery on Byg Byrd’s track shows why they are a lethal combination.

In movie news, Sidhu is gearing up for his Punjabi movie debut in the Tarnvir Singh Jagpal directorial ‘I Am Student’.