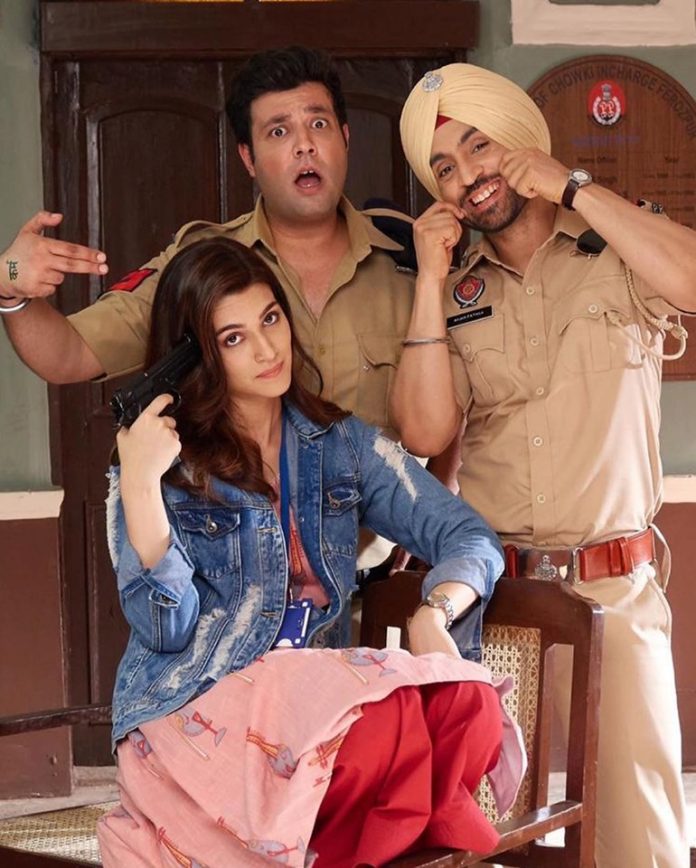 The makers behind the upcoming Bollywood movie ‘Arjun Patiala’ have released the third track from the soundtrack titled ‘Sip Sip’.

Following on from the successful releases of ‘Sachiya Mohabbatan’, ‘Crazy Habibi vs Decent Munda’, and ‘Main Deewana Tera’, the makers have now released the Punjabi track ‘Sip Sip’.

Over the years, Bollywood has become known for using a lot of Punjabi hits in their movies, and it’s only right for this flick to feature one as well. The track hasn’t been remade, and has been sung by Guru Bhullar, with the music produced by Akash D.

Lead actor and Punjabi superstar is right in his element, as he dances along to the track in front of many various colourful backgrounds. It also features co star Kriti Sanon and another special cameo from Sunny Leone.