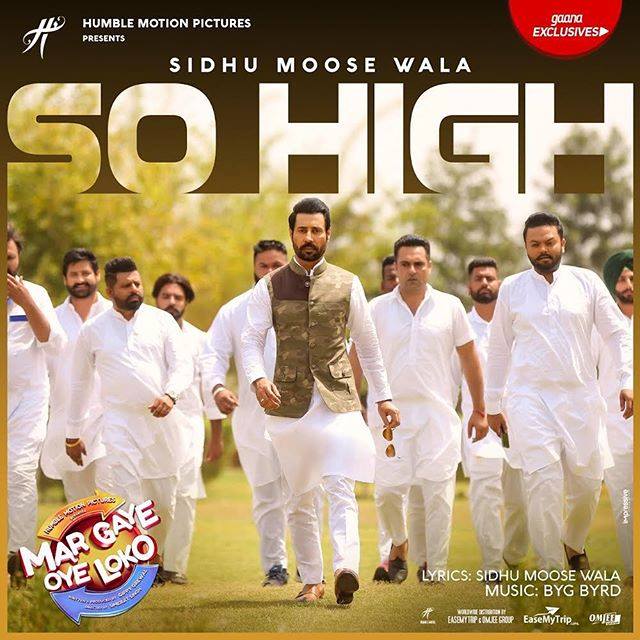 The soundtrack for the movie already has an excting line up of artists including the likes of Guru Randhawa, Malkit Singh and lead actor Gippy Grewal himself. He has now enlisted the help of Sidhu Moose Wala and re-released his hit song ‘So High’.

The Punjabi singer and rapper released the track in 2017, and stormed the charts with his original sound and work with producer BYG BYRD. To date, the track has now garnered over 11 million views on YouTube. Sidhu’s success doesn’t end there, he has gone on to release many other hits such as ‘Issa Jatt’ and ‘Famous’.

‘Mar Gaye Oye Loko’ already has a stellar cast, and we will be seeing lead actor Binnu Dhillon playing the role of a Mafia King named ‘Gil Bal’. His entrance song for the movie is the ever fitting ‘So High’, which will be a delight to the audience.

The movie has a unique concept where we visions of the afterlife, which hasn’t been done in Punjabi cinema before. The movie is due to hit the big screen on August 31.