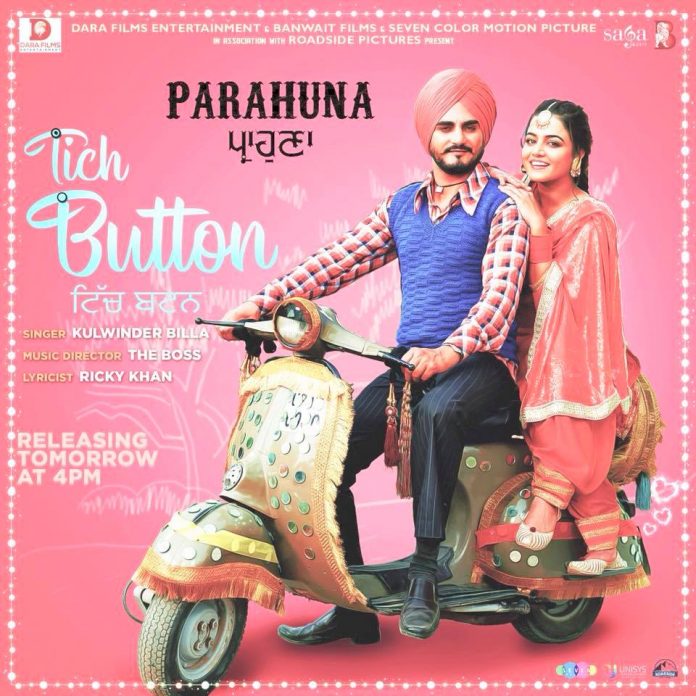 The makers behind the upcoming Punjabi movie ‘Parahuna’ have released the first track from the soundtrack titled ‘Tich Button’.

The song is a romantic number where we see Kulwinder Billa and Wamiqa Gabbi playing each other’s interests. The audience get more of a glimpse of their relationship and captures all the cute loving moment between the pair.

‘Tich Button’ has been sung by lead actor Kulwinder himself, and the lyrics have been written by Ricky Khan. Music director The Boss has worked on the music for this track, and has previously worked with Billa on his track ‘Kohinoor’.

The soft romantic track will pull on your heart strings, and will leave you wanting to see more of the actors on screen relationship.

‘Parahuna’ is set to hit the big screen on September 28th, featuring a stellar cast including Karamjit Anmol, Nirmal Rishi, Harby Sangha and many more.