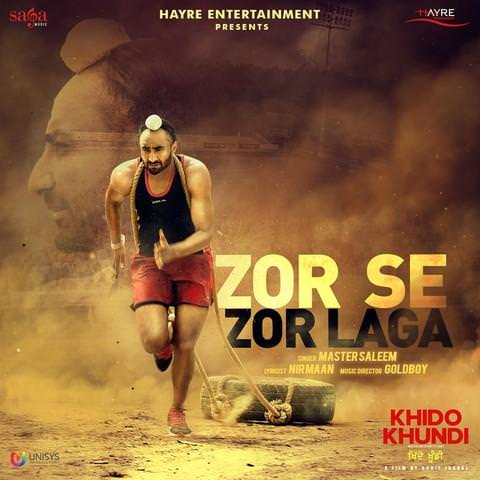 The power packed song has been written by Nirmaan, and the music has been produced by Goldboy.

In the latest song sung my Master Saleem, we see the commitment and passion the Indian players have for the sport, and are shown working as hard as they can to be the best.

Khido Khundi is based on the small village Sansarpur in Punjab, which is apparently home to the game of Hockey. The village has produced a total of 15 Indian Olympians, and have contributes in bringing gold, silver and bronze medals for the nation.

The film follows the life of two Punjabi NRI brothers settled in England. They aim to make hockey come alive again in their native village Sansarpur and, taking it as a challenge, they return to their roots. Khido means a ball made of torn clothes, Khundi means a curved stick.

The movie has been produced by Talwinder Hayre and Kavanjit Hayre, and has been directed by Rohit Jugraj.

Check out Zor Se Zor Laga from the upcoming Punjabi movie below.