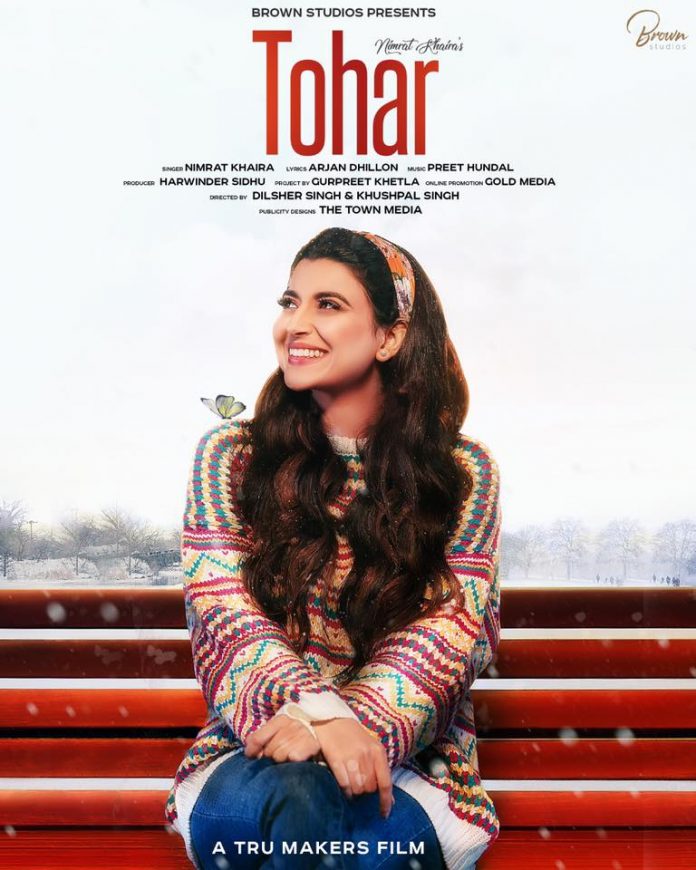 Punjabi singer Nimrat Khaira is set to kick off the new year with her upcoming track titled ‘Tohar’.

Nimrat Khaira ended her 2018 on a high last year, after releasing ‘Afsar’ alongside Tarsem Jassar, and performing for the first time at the BritAsia TV Music Awards 2018.

She’s now set to enthral fans with a brand-new track to kick off the year. She has been sharing news of the upcoming track for a while now to keep her fans engaged with her. The excitement has now doubled as she has shared the first look from ‘Tohar’:

We can always expect to hear Nimrat’s powerful folk vocals on her songs and we’re sure this one won’t disappoint. We don’t have any other information on what type of song will be, but as always, we can get expect a Bhangra track from the Punjabi singer.

The track has been produced by Preet Hundal, who recently worked with Jasmine Sandlas on ‘Whiskey Di Bottal’. There is no official release date for the track but we’re hoping it drops soon!