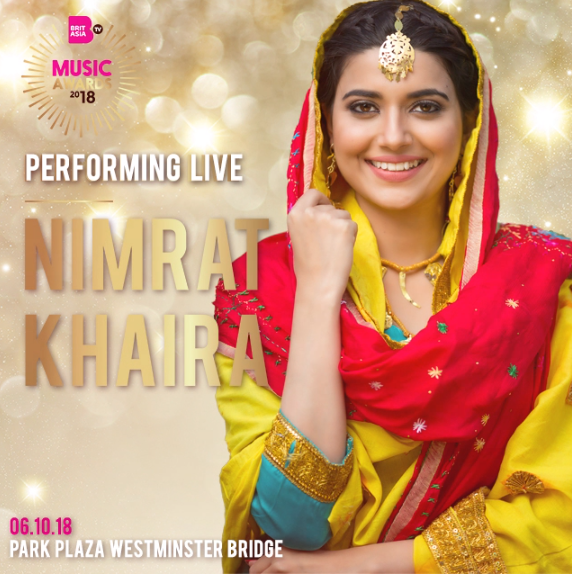 Punjabi singer and actress Nimrat Khaira will be performing at the BritAsia TV Music Awards 2018.

The singer shot to fame when she was crowned the winner of Punjabi music show, ‘Voice of Punjab’ season three. She went on to release her track, ‘Ishq Kacheri’, which established Nimrat as a prominent and established artist in the Punjabi music industry.

Since then, the Punjab native has released tracks such as ‘Designer’, ‘Brober Boli’ and ‘Ranihaar’, which has collectively garnered the singer over 100 million views on YouTube.

In 2017, Nimrat made her Pollywood debut by featuring in the Punjabi movie ‘Lahoriye’, and working alongside Punjabi actors Amrinder Gill and Sargun Mehta.