The Oscars always marks the biggest night in Hollywood and last night was no exception. Some of the world’s biggest stars shone last night on the red carpet with some of their amazing outfits helping us forget the mishaps of the actual ceremony! 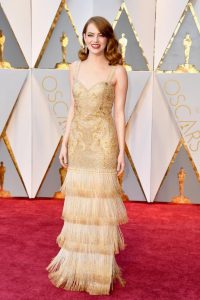 Emma Stone took home the award for Best Actress and she looked every inch the film star in Givenchy. The Swarovski embroidered gown was paired with 1940’s style hair and makeup and the La La Land star looked like a classic Hollywood beauty. 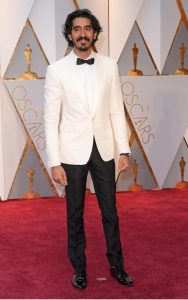 Lion star Dev Patel stepped out in a classic suit and jacket but went out of the ordinary with a white jacket, the star looked dapper and was all smiles. Despite not coming home with an award Dev was thrilled to be at the Oscars and even brought his mum Anita Patel as his plus one. 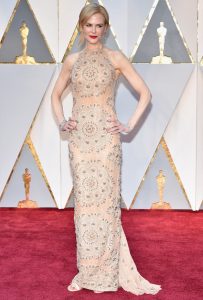 Nicole Kidman wore a nude embellished Armani gown which exuded elegance. She added a flash of colour on her lips and definitely had one of the classiest outfits of the night. 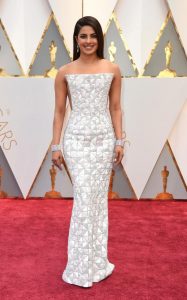 Bollywood’s own Priyanka Chopra sparkled in Ralph & Russo, the geometric gown featured a cut-out bodice that showed off Priyanka’s figure. She paired her futuristic outfit with sleek hair and a smoky eye. 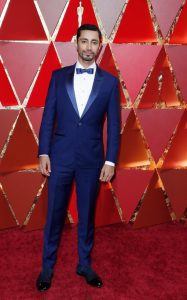 Looking Suave in a Zegna tuxedo Riz Ahmed arrived to present an award at the ceremony. Riz played it safe with the tux but added a splash of colour that made him stand out. 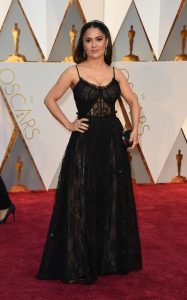 Salma Hayek stepped out in a black Alexander McQueen gown. The ensemble was sheer but not inappropriate and Salma’s minimal makeup let her natural beauty shine through. She showed that after over 20 years of attending Oscar ceremonies she still has it! 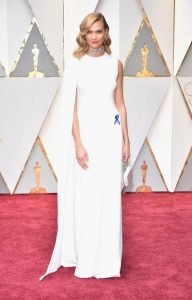 Supermodel Karlie Kloss looked ethereal in an all-white floor-length dress with a built in cape. The runway regular looked as glam as usual and sported a ribbon in honour of the ACLU giving a political twist to her appearance. 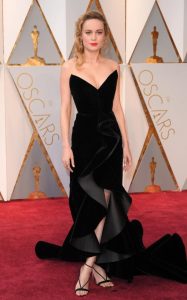 Brie Larson made a statement with her strapless ruffled gown by Oscar De la Renta. The shape of the dress complimented Brie well and her look was completed by her Aquazzura shoes. 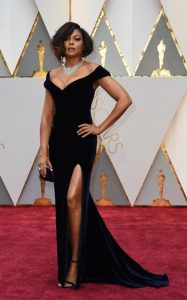 Taraji P. Henson looked jaw-dropping in an Alberta Ferretti gown. The cut of the dress gave Taraji a statuesque look and her hair and accessories made her overall outfit a perfect nod to Hollywood glam. 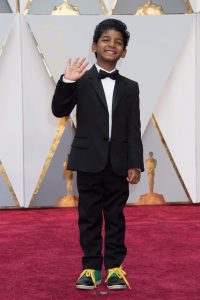 Last but definitely not least was Lion star Sunny Pawar who stole the hearts of everyone at the Oscars. The mini star looked dapper in his tuxedo-sneaker combination and was definitely one of the most approached actors on the red carpet!

Which outfit was your favourite? Let us know. #BritAsiaTV