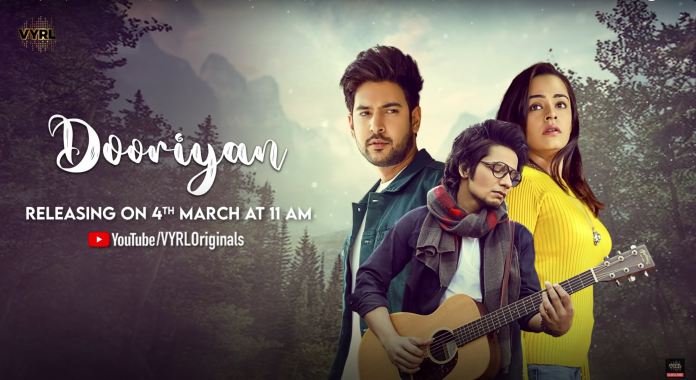 Dooriyan is performed by Raghav Chaitanya and Anurag Saikia and the video stars Shivin Narang and Apoorva Arora.

The music is composed by Anurag Saikia, with lyrics by Kunaal Vermaa and is directed by Karan Anshuman.

Raghav Chaitanya’s Dooriyan takes you on journey of self-realisation with the lyrics playing to the strings of your heart. Anurag Saikia’s composition makes you introspect and gives meaning to the sense of loss and longingness of the unrequited love that was not meant to be.

In the music video, we see Shivin & Apoorva portray a young couple who go through ups and down’s in a relationship. While on a trek, they are parted and the search for love is a reminder that sometimes we don’t know the value of what we have until its gone, that sometimes we look so hard for love even though it was right there in front of us all along.

Watch the teaser for Dooriyan before the official release at 11am today.

Raghav Chaitanya is a singer-songwriter and music composer in the Indian Music Industry. Raghav is the voice behind super-hit songs like Ek Tukda Dhoop, Aise Kyun, Baatein and Parwah to name a few. His original compositions have millions streams on Audio Streaming platform.