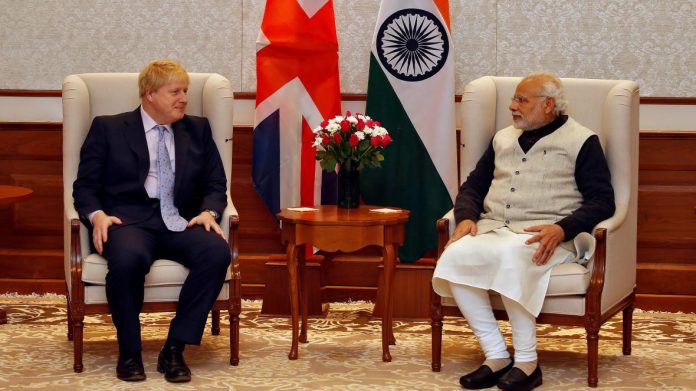 The UK Prime Minister will visit India in January — part of a plan to expand the G7 (Group of Seven) into a broader grouping of democracies to challenge China.

UK PM Boris Johnson is set to visit India next month, in an effort to transform the G7 group of leading industrialised nations into a broader grouping of 10 leading democracies capable of challenging China and other authoritarian states.

Johnson has written to India, Australia and South Korea asking them to attend the UK-hosted G7 summit next summer, said Downing Street in an article published by Guardian.

In addition the G7 focus, the PM will also visit India next month as guest of honour on India’s national day in an attempt to deepen UK-India relations, and to symbolise what is being described by No 10 as a ‘post-Brexit tilt to the Indo-Pacific’. This is likely to be set out in the integrated foreign and security review to be published early in the new year.

The article quoted Johnson who said: “As a key player in the Indo-Pacific region, India is an increasingly indispensable partner for the United Kingdom as we work to boost jobs and growth, confront shared threats to our security and protect our planet.”

Downing Street added: “The visit will be the prime minister’s first major bilateral visit since taking office, and the first since the UK’s departure from the EU, and underlines his commitment to step up the UK’s engagement with the Indo-Pacific region.”

In a significant diplomatic ploy, No 10 added Johnson has invited the Indian prime minister, Narendra Modi, “to attend the UK’s G7 summit as one of three guest nations alongside South Korea and Australia – delivering the prime minister’s ambition to work with a group of like-minded democracies to advance shared interests and tackle common challenges”.

The G7 is an organisation made up of the world’s seven largest so-called advanced economies: Canada, France, Germany, Italy, Japan, the United Kingdom and the United States.

The group regards itself as “a community of values”, with freedom and human rights, democracy and the rule of law, and prosperity and sustainable development as its key principles.

What does it do?

The initial group of six first met in 1975 “to exchange ideas on possible solutions” to a global economic crisis. Canada joined the following year.

Ministers and civil servants from the G7 countries meet throughout the year to discuss matters of mutual interest.