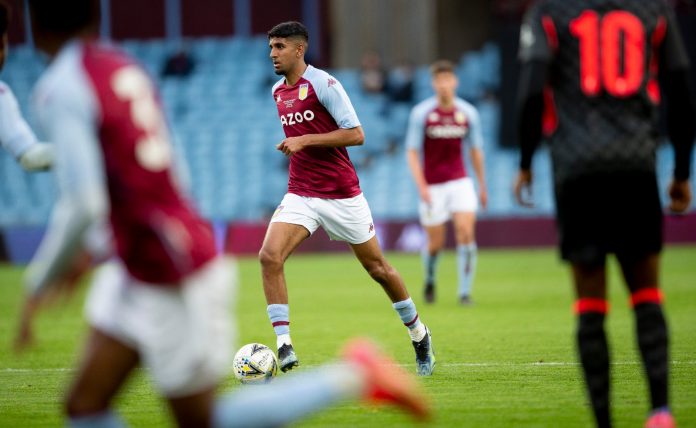 Arjan Raikhy continues to receive praise for his performance after Aston Villa beat Liverpool in the FA Youth Cup final at Villa Park on Monday.

Raikhy, who played in front of more than 4,000 fans at Villa Park on Monday in the FA Youth Cup final, is being praised for facilitating the goal made by Ben Chrisene.

At just seven into the match, Chrisene was able to make the goal from the edge of the area after being picked out by Raikhy.

Taking to Twitter to celebrate the win, the British-Indian footballer thanked his fans known as ‘Villans’ for their continued support.

He tweeted: “What a night!! ChampionsA big thank you to all the villans for the support through out the competition, and huge shoutout to the fans that came today they was electric.”

What a night!! Champions 🏆 A big thank you to all the villans for the support through out the competition, and huge shoutout to the fans that came today they was electric 🔥 pic.twitter.com/mp0DInhX6r

Raikhy also retweeted the goal in a clip posted by by the official club.

On the day in anticipation for Monday’s match, Punjabi Villans co-founder Ricky Cheema said Britain’s South Asian community has “pure love” for Raikhy, adding the “Punjabi kid is one of our own,” in an interview with Sky Sports.

“Villa’s Punjabi midfielder really enjoyed himself out there and showcased fantastic vision to pick out Chrisene for Villa’s first. Raikhy’s got some engine as well, by the way, as he pressed and harried Liverpool all night long. The midfielder’s a big presence in midfield and boy did he cover some ground.

“Raikhy was guilty of letting Frauendorf free as the Liverpool man fired his side back into it. Overall, Raikhy’s eye-of-the-needle passing and athleticism were big assets to Villa tonight. He went so close at the death as well but for James Norris’ brave block,” said Preece.

Raikhy was also awarded the Player of the Match award by BT Sport – and was referred to as an ‘unsung hero’.

Finally, as part of Aston Villa’s proposed inner-city academy, Raikhy will be an integral part in helping young South Asian footballers take up the sport and develop their skills for more professional games.

The academy plans to target young talent in the nearby catchment areas of Aston, Witton, Perry Barr, Kingstanding, Erdington, Handsworth, Nechells and more.

Music Brit Asia Tv - 3rd February 2023 0
Shree Brar, a singer, and lyricist (most known for his songs during the farmers protest), is currently the subject of debate for his recently...

Man Claiming To Be Beyonce’s Former Bodyguard EXPOSES Her

Music Brit Asia Tv - 31st January 2023 0
Beyonce and Jay Z are facing what could be a major crisis. Multiple media sources are claiming they have learned that a man, claiming...
- Advertisement -