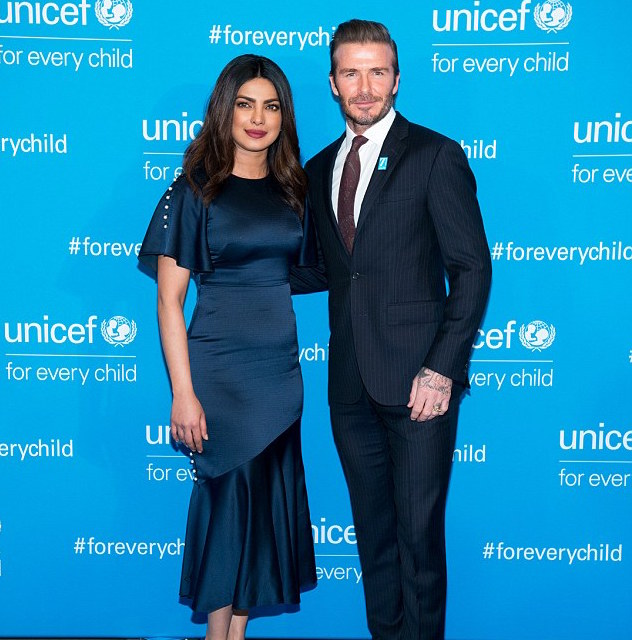 Priyanka has joined the likes of David Beckham, Jackie Chan and Orlando Bloom as she is named a UNICEF Global Ambassador. Chopra has announced she is onboard with the organisation and is looking forward to all the work she can do around India and the rest of the world.

The 34-year old actress who is better known in the USA for her role in Quantico recently stated on Twitter “Can’t believe it’s been 10 years! Honoured to now serve as UNICEF Global Goodwill Ambassador along with this amazing group For Every Child.” Chopra will be working on the ‘Every Child’ initiative within the organisation and will be working towards protecting children’s right around the world.

The actress who was at the 70th Anniversary for UNICEF at the United Nations Headquarters in New York City and thanked David Beckham for introducing her to the UNICEF global family. “Thank you David Beckham and Millie Bobby Brown for inducting me into the UNICEF global family. Always delighted to meet like-minded people who believe that there is humanity left in us after all”. The star later posed alongside the Football superstar. 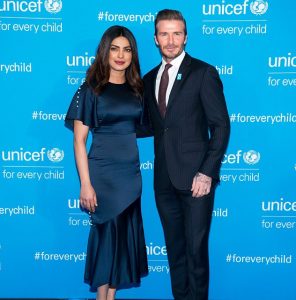 The Ministry of Women and Child Development Secretary D. K. Sikri and UNICEF Representative Karin Hulshof both welcomed the appointment. “You all know Priyanka Chopra as a shining star of Indian cinema. Now I tell you that she is equally passionate about her work on behalf of children and adolescents,” Ms. Hulshof said. “We are proud of the work she has done with us so far on child rights and we are thrilled about all what we will be doing together so that no child gets left behind. Priyanka with her unwavering commitment to child rights will help to create a world fit for children.”

How stunning did Priyanka and David look together? Share your thoughts #BritAsiaTV