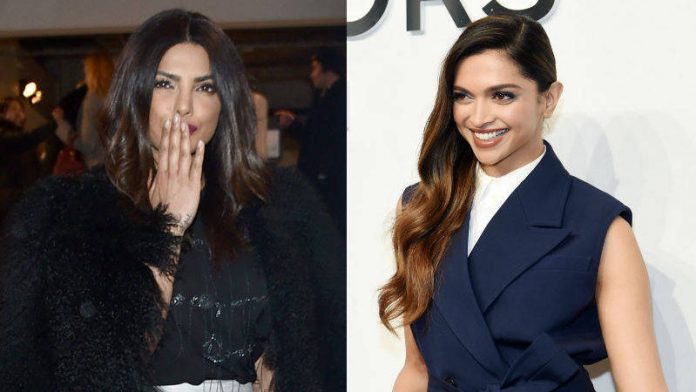 Bollywood stars Priyanka Chopra and Deepika Padukone have been spotted at New York Fashion week hanging out with A-list celebrities and designers. Although the stars were in the same city they did not cross paths, Priyanka attended a show by designer Prabal Gurung and Deepika made an appearance at a Michael Kors show. 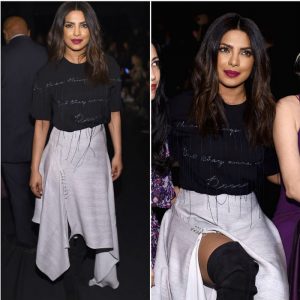 Priyanka sat alongside celebrities Diane Kruger and Sarah Jessica Parker on the front row of the Prabal Gurung fashion show. She wore an outfit made up of ensembles from the designer himself which included an embellished text shirt and an asymmetric hem skirt with a daring thigh-high split. The Quantico star paired the outfit with thigh boots and a plum tone lip colour that tied the outfit together.

Deepika Padukone made an appearance at the Michael Kors show where she sat with supermodels Emily Ratajkowski & Jourdan Dunn. Deepika looked every inch the model herself as she wore a Michael Kors spring 2017 trench dress paired with a high neck top and colour block wedges. The star kept her makeup simple and let her natural beauty shine through.

Priyanka’s outfit definitely showed off her edgy side while Deepika’s Michael Kors ensemble exuded elegance. Whose look do you like more? Let us know your thoughts. #BritAsiaTV 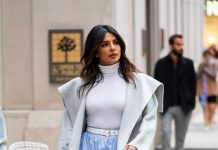