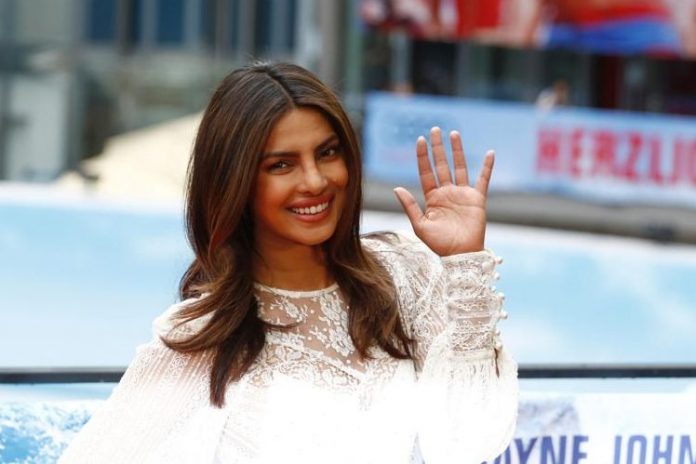 Sources of Variety Magazine have revealed that the actress is in negotiations to join the indie drama “A Kid Like Jake” which stars Jim Parsons (famous for his role as Sheldon in The Big Bang Theory), Academy award winner Octavia Spencer and Homeland actress, Claire Danes. As well as Priyanka also joining the cast of Rebel Wilson’s new comedy “Isn’t it Romantic”, starring Liam Hemsworth and Adam Devine.

With Priyanka’s ABC show “Quanitico” taking a summer break, the actress will be able to shoot the two films back-to-back in June and July.

“A Kid Like Jake”, directed by Silas Howard, is very different to anything Priyanka has been involved in before; the film follows the story of two parents who are in the process of filling out kindergarten applications for their four-year-old boy who is gender variant. After realizing that they cannot afford private school tuition, the director of Jake’s preschool encourages them to emphasize Jake’s gender variance to help him stand out and earn a scholarship.

“Isn’t It Romantic, directed by Todd Strauss-Schulson, follows the story of a young woman (played by Rebel Wilson) who gives up on love only to mysteriously find herself trapped inside a romantic comedy.

Are you excited to see Priyanka take on these roles? Let us know your thoughts.  #BritAsiaTV