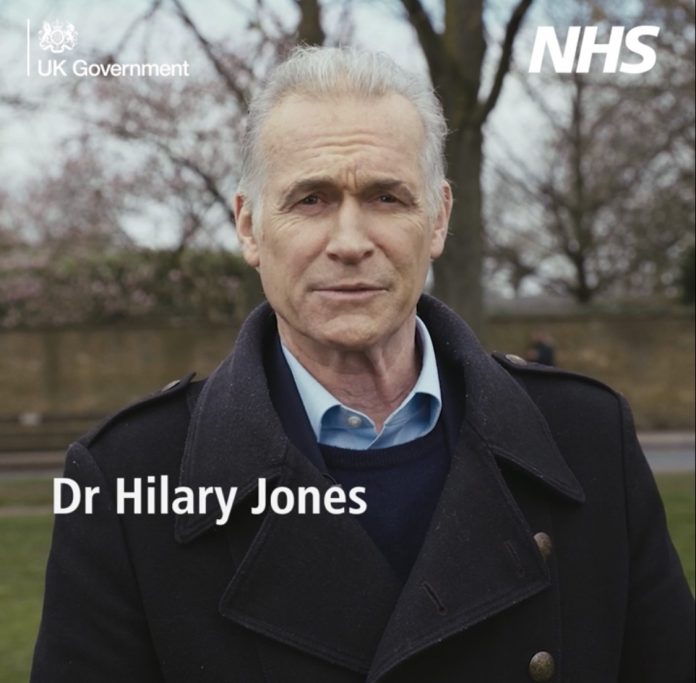 Despite lockdown measures easing, scientists and medics are urging the public to avoid meeting other households indoors, as the risk of spreading the virus still remains significantly high.

The public are being reminded they must stay outside when meeting others as part of the next step of easing Covid restrictions in a new film released this week, narrated by GP, Dr Hilary Jones MBE.

The film highlights the impact of fresh air on reducing the risk of transmission and forms part of wider government ‘Hands, Face, Space and Fresh Air’ which reminds people to ‘take this next step safely’ as we gradually emerge from lockdown.

The new guidance allows the public to see family and friends, but reiterates the importance of sticking to the rules, resisting the temptation to hug people who aren’t in the same household or bubble, in order to stop the spread of the virus. The scientific explainer film illustrates the difference of how the COVID-19 virus behaves indoors compared to outdoors as groups of 6 people, or two households, are allowed to meet outside for the first time since December.

“Every day we get closer to beating this virus. We have already vaccinated over half of the adult population – and we have new vaccines coming on stream – but we must remain vigilant.

“I know the last few months have been challenging, and many people are excited to be able see friends and family outdoors for the first time in months.

“As we see from rising cases in Europe, this virus still poses a very real threat. We have come so far thanks to the vaccine rollout and that progress must be protected”

“Thanks to the efforts of the public we have reduced the number of cases and deaths but the virus is still in circulation. The evidence is very clear that outdoor spaces are safer than indoors. It is important to remember this as we move into the next phase.”

Around one in three people with coronavirus show no symptoms, so anyone could be spreading it without knowing. Someone who is infected releases particles into the air by coughing, talking or breathing. Research shows the risk of infection is significantly lower in fresh air than indoors because:

The closer you are to people, the greater the risk of breathing in infected particles, particularly when indoors, as it is harder to physically distance:

It is just as important for those who have had a vaccination continue to follow the rules. The full impact of the vaccine on transmission of the virus is not yet known, therefore it may be possible to spread the virus, putting others at risk.