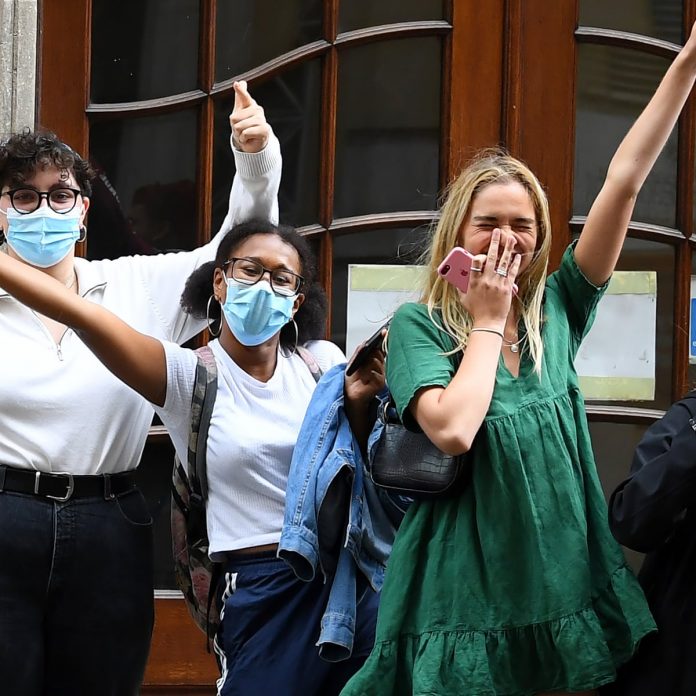 GCSE passes for England’s pupils, in the most disrupted academic year in UK history, have risen dramatically.

There was a rise of a quarter in the top grades – a 7 or above, which is equivalent to an A in the old system.

The exams season has been dogged by chaos, with policy changes leading to grades being altered at the 11th hour.

In the latest debacle BTec grades were pulled hours before pupils were to receive them although some schools are giving out grades, which were assessed by schools, anyway.

And universities are still waiting for pupils’ adjusted A-level results, while they attempt to squeeze as many as possible into the courses they have qualified for.

Universities and the government have now agreed to honour all degree places – this year or next – to students who have obtained the right grades, but there are concerns about the funding of these.

GCSEs: ‘A weight has been lifted off my shoulders’
Fresh exam results chaos as BTec grades pulled
Ofqual algorithm under review
How were this year’s results decided?
England’s exams watchdog, Ofqual, says this year’s results cannot be compared to last year’s results and has confirmed that students who are unhappy with GCSE grades awarded by their school or college will not be able to appeal – other than for an administrative error.

The watchdog’s efforts to maintain standards through a, now discredited, algorithm led to problems for the awarding of A-levels last week and stress for students.