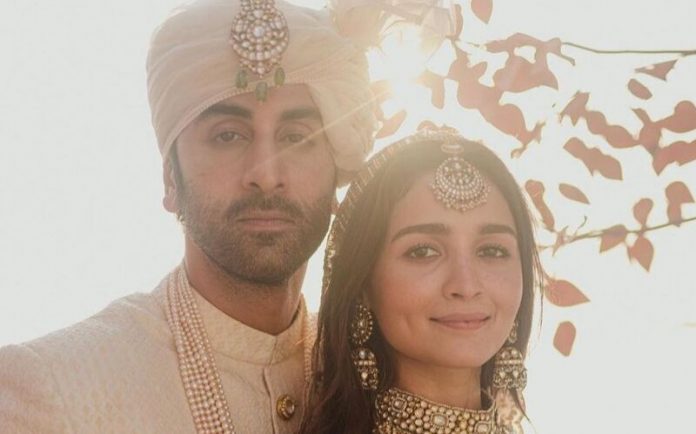 Ranbir Kapoor and Alia Bhatt are on cloud nine as the newly married couple is expecting their first child. Alia made the special announcement on her Instagram handle with the caption “Our baby coming soon” and since then Kapoors and their fans cannot keep calm. But with the happy news, trollers also attacked the couple by calling Alia’s pregnancy news a promotional stunt for their forthcoming film Brahmastra. Now, father-to-be-Ranbir has reacted to such claims.

Ranbir is promoting his much-awaited film ‘Shamshera’ in a full swing and is on a promotional spree for the same. Recently, during a media interaction when the ‘Rockstar’ actor was asked about his reaction to the trolling related to Alia’s pregnancy, Ranbir said that he and Alia just wanted to share the joy with the world. He also mentioned that there was no other thought to it.

Furthermore, Ranbir Kapoor also talked about how his life changed after getting married to Alia. “She has given me so much love and joy that I feel so guilty sometimes, talking about the kind of happiness. I feel that it’ll go away and I have to protect that. It’s just such a joyful time in our relationship. We’ve seen a lot of ups and downs in the last few years and we just want to really enjoy this period in our lives,” Ranbir was quoted as saying.
Meanwhile, the Sanju actor is currently awaiting the release of his next ‘Shamshera’ with Sanjay Dutt and Vaani Kapoor. Directed by Karan Malhotra, the film is slated to release on 22 July 2022. Ranbir and Alia are also gearing up for the release of Brahamstra, which will hit the theatres on September 9 this year.