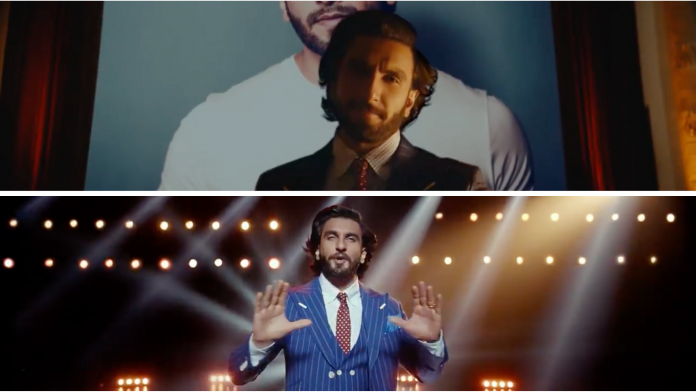 Bollywood’s Ranveer Singh has shared the promo for his upcoming TV show The Big Picture, coming soon on ColorsTV.

Actor Ranveer Singh shared the teaser of his upcoming Colors show The Big Picture on Saturday, not long after announcing his small screen debut.

The promo features the Ram Leela star describing the format of the quiz show. It starts with the Singh talking about his iconic on-screen characters – from Bittoo of Band Baaja Baaraat to Khilji of Padmaavat – as stills of these characters appear in the background in a cinema auditorium.

The actor then reveals that The Big Picture will have contestants face questions in the form of pictures, and their answers will help them win “crores”.

The channel also announced the premier date for the debut show on Twitter and welcomed the star to the Viacom network.

Super excited to welcome the superstar @RanveerOfficial to @viacom18 family with #TheBigPicture.

Catch his debut on TV today at 6.45 PM only on #Colors🤗 #RanveerOnColors

Fans will see Ranveer Singh on the screen again for the first time since Gully Boy released in 2019.

Along with his small-screen debut, Singh will also soon embrace the digital medium as he is set to collaborate with Bear Grylls for an adventure show. The big-budget adventure series will stream on Netflix.