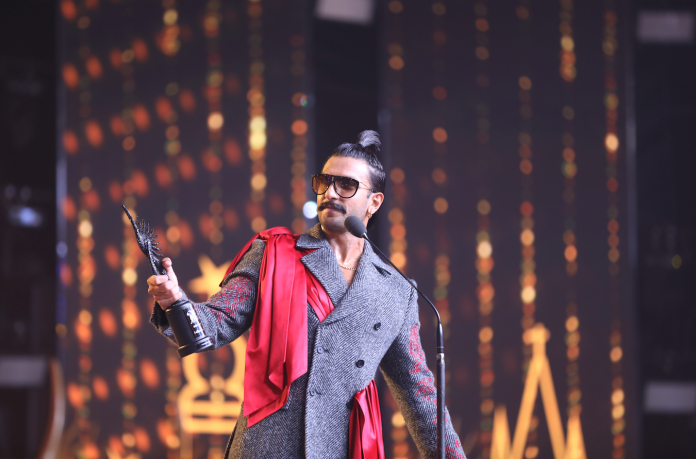 The statue will feature in the London and Singapore Madame Tussauds in 2020.

The announcement came after Ranveer picked up the ‘Best Actor’ award at the Indian International Film Awards (IIFA’s) for best actor for his role as Sultan in ‘Padmavaat.’

To add to the significance of the event, the IIFA’s took place in Ranveer’s hometown, Mumbai, India, for the first time.

A star-studded audience of Indian cinema’s top talent – including Salman Khan, Vicky Kaushal, Madhuri Dixit, Katrina Kaif and Deepika Padukone – were there to see Ranveer accept his award and announce his upcoming figure.

On accepting the Madame Tussauds of the Future Award Ranveer said: “Wow, I’m damn excited. This is amazing. I remember as a kid I used to be an encyclopaedia geek and they used to talk about this mythical place called Madame Tussauds…”

“I was going through my Mum’s early pictures and I would say, ‘Mum, where did you get a picture with The Queen?’ and she would say, ‘that’s in Madame Tussauds London.’ Since childhood it’s always been a very mythical place for me so to be immortalised as a figure there is truly a very, very proud thing for me.”

We’ll definitely be taking a trip down to London next year!