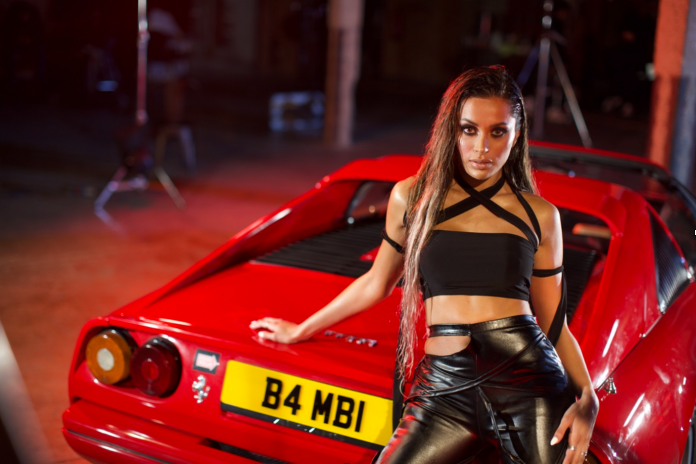 The bi-lingual track which combines a unique Urban Desi sound produced by British producer Shaye, with elements of Bhangra, Hip-Hop and Trap, is an introduction to Bambi’s new experimental sound and style.

Following on the theme of female independence, ‘Retro Rarri’ is a loud and unapologetic record that embodies empowerment and sisterhood for women and girls across the world. Bambi exudes confidence and delivers a bold track which is sure to resonate with young women from the streets of Birmingham to Bombay.

On her new single, Bambi said: “Retro Rarri puts women and girls firmly in the driver’s seat. I wanted to make a big song, an anthem, but keep the essence of female empowerment to share strength and confidence with South Asian women and encourage them to take control. It feels great to be back making and releasing music which I’m really passionate about and I’m excited to share more tracks from this project in the coming months.”

Accompanied by stunning visuals featuring Ferraris and an all-female presence, Retro Rarri is set to release on 20th November 2020 via Big Bounce Records.

On releasing music during the pandemic, Bambi adds, “The world is in turmoil for so many reasons, but I strongly believe this is when we need to stick together the most. I have been fortunate enough to stay active and creative during this period. We need to help and support each other through this awful time and I hope my music brings uniformity and strength to those that listen to it”.

Taking to Twitter, the artist shared a palpitating promo of the video featuring herself and her all-girl super team: “We’re coming in hot 20.11.20 @tweetshaye“

Bains is one of the UK’s leading young south Asian singers with over 500,000 avid followers on social media.

She received her first recording contract at the tender age of 16 where she released a series of Top 10 hits with songs such as “Zaalma” and “Nath Dig Pey”. She subsequently went on to feature as the lead female in the British film ‘Road’.

Bambi has always had a very strong stance for female empowerment and uses this notion as a backbone for her creative license when producing and writing music. She has won many awards and accolades over the years and continues to push the boundaries of the Asian music industries’ current conventions.

The songstress is extremely grateful for all her ongoing support and takes immense pride in representing herself as a key role model for young girls within the Asian Industry.