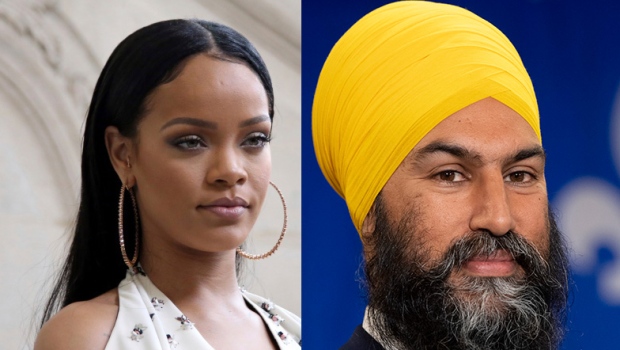 Rihanna, who was born in Barbados, moved to the US early in her career and is now rumoured to reside in London.

Many fans have been screenshotting the unlikely interaction and sharing across social media.

Rihanna, (@badgirlriri on Instagram) has over 75 million of them, however, only follows 1406 users, including Jagmeet. 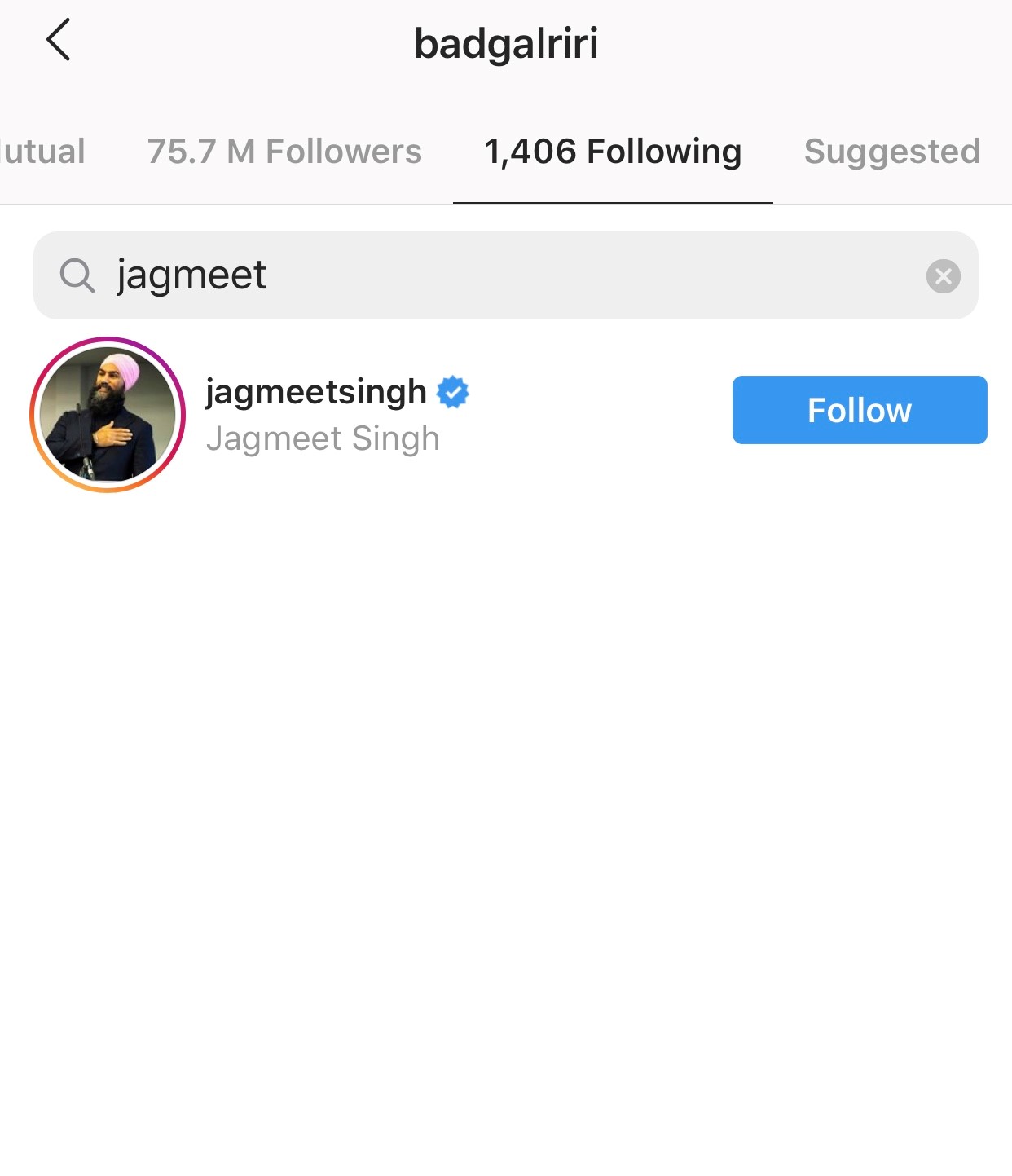 Jagmeet has a fair few followers himself with over 280k following the leader, many of these residing outside of Canada like Rihanna.

His large amounts of Instagram followers has been coupled with Singh being noticed for his fashion sense, as he was featured in GQ magazine in 2017.

As of yet, there has been no public interaction between the two, but we can hope they’ve been conversing through the DM’s!