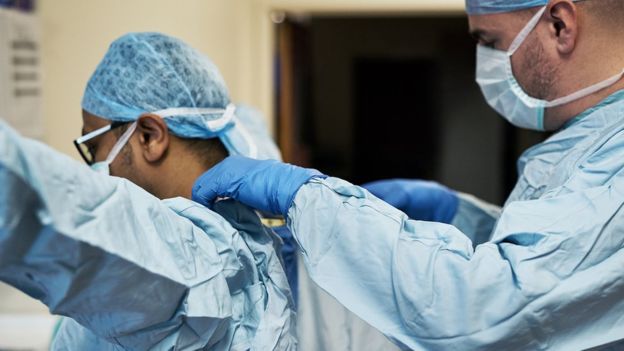 A Public Health England report has found that people from black and Asian ethnic groups are up to twice as likely to die with Covid-19 than those from white British backgrounds.

The 89-page report, which was published on June 2, confirmed that the highest diagnosis rates of Covid-19 were in people of black ethnic groups (486 females and 649 males per 100,000 population).

“Comparing to previous years, all cause mortality was almost four times higher than expected among Black males for this period,  almost three times higher in Asian males and almost two times higher in white males,” the report said.

A trade union for doctors said the report was a “missed opportunity” for “action” to be taken to protect health workers who are from ethnic minorities.

Health Secretary Matt Hancock told the House of Commons the public was “understandably angry about injustices” and that he felt a “deep responsibility because this pandemic has exposed huge disparities in the health of our nation”.

“Black lives matter, as do those of the poorest areas of our country which have worse health outcomes and we need to make sure all of these considerations are taken into account, and action is taken to level-up the health outcomes of people across this country,” he said.

“We are absolutely determined to get to the bottom of this and find ways of closing this gap,” he said, adding that he has asked equalities minister Kemi Badenoch to continue working on the issue alongside Public Health England (PHE).

Sadiq Khan, the Mayor of London said, “lives depend on” finding out why the virus disproportionately impacts black and minority ethnic people, and what actions the government was taking to stop it.