Singing sensation Rupali will be giving an exclusive performance at the BritAsia TV World Music Awards 2017. Rupali was born and raised in Amritsar, she started singing from a young age and has now gained international success with songs such as ‘Neendan’ and ‘Wonderland’ which was featured in the Punjabi movie Lakeeran. Critics had high praise for the song ‘Wonderland’ with some even saying that it was the highlight of the movie. 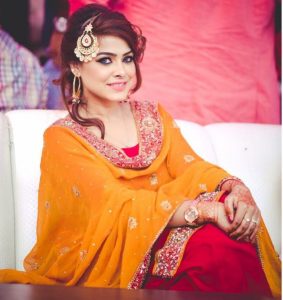 She has collaborated with many prominent artists in the music industry such as Dr Zeus and Jaggi Jagowal and she continues to provide us with beautiful vocals and a charming personality. She has a prominent Instagram following and shows off her humble side by interacting with her 36.4k fans. Rupali is also in the running for Best Female Act as she is nominated alongside Sarika Gill, Jasmin Walia, Jasmine Sandlas and Sunanda Sharma.

To see Rupali at the BritAsia TV World Music Awards along with many other star studded performances get your tickets here.