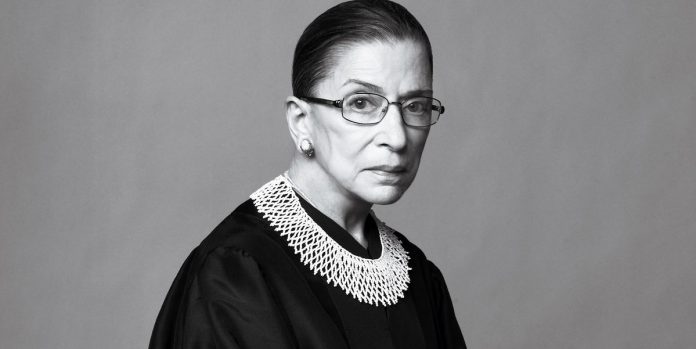 On 18 September 2020, Supreme Court Justice Ruth Bader Ginsburg passed away – securing a legacy that will continue to shape feminism and freedom for the multi-faith.

The liberal icon had sat on the Court in 1993, until last week – where she died at age 87 owing to complications from pancreatic cancer.

She successfully shaped American lives through female empowerment – striking a balance between maverick and maternal. But now, the country is now reeling from the deep chasm felt in the Court. President Trump faces a tumultuous battle over a potential vote on a nominated replacement, in what could shape the country for decades to come.

But this week is a celebration of her radical efforts and how she left an indelible mark in the Court and across the country, and even the Sikh community. Indeed – Justice Ginsburg retained a close family connection to American Sikhs.

In a post recently shared by her extended family on Twitter, it was revealed Harjinder Bedi and Satinder Bedi made up her two step-grandchildren. The brothers are her Ginsburg’s son, James Ginsburg’s step-children from his first marriage with Patrice Michael.

Though information about the two step-grandchildren remains scarce, the family photo was shared by one Harjinder Singh Kukreja on Twitter, who was proud to reveal the Sikh connection.

She has 2 step-grandchildren who are Sikhs: Harjinder Bedi & Satinder Bedi (Photo attached)

On Facebook last week, National Sikh Campaign posted a clip of a CNN documentary where Justice Ginsburg can be seen at an opera with one of her step-children. The caption read:

But in addition to her multi-faith family ties, during her early political career she was a struggling attorney and new mother who faced adversity and many obstacles in her fight for equal rights. Later, in a landmark tax case with her husband, attorney Martin Ginsburg, she revolutionised the way courts viewed gender discrimination.

She wasn’t just a Justice though. And not only did she change the law on the basis of sex, she also transformed the roles of men and women in society through her legal decisions and powerful messages. Her advocacy spoke to the hearts of millions across America, particularly women. She had garnered a loyal fan base and to many, she was known as the ‘Notorious RBG’.

While it is clear her advocacy was central to America, her sentiments spoke to the world. It is why her legacy will reign supreme.