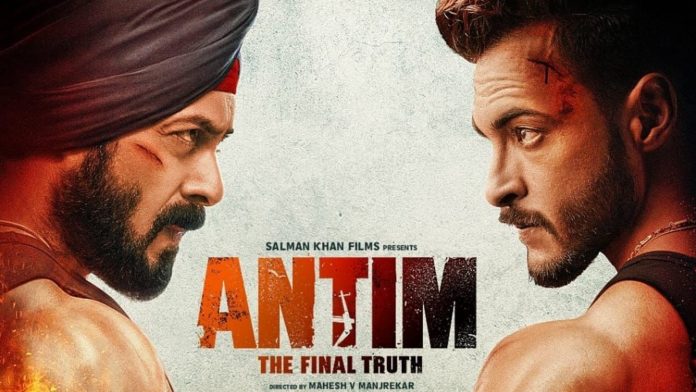 Salman Khan has shared the poster of Antim: The Final Truth, which marks his first onscreen collaboration with brother-in-law, Aayush Sharma.

The two are pitted against each other in the film as Khan plays a principled police officer, while Sharma portrays a dreaded gangster.

The poster depicts the two locking horns, echoing the plot of the movie centred on a cop and gangster with antithetical ideologies.

As a two-hero film, Antim promises to bring the strong and powerful protagonists from entirely two divergent worlds in a face-off, leading to a nail-biting finale.

The Bollywood megastar took to social media on Tuesday 7 September to share a first look at the poster alongside the caption, “बुराई के अंत की शुरुआत. गणपति बप्पा मोरया (The beginning of the end of evil. Ganpati Bappa Morya) #Antim #AayushSharma,” and tagged those involved with the project.

Antim: The Final Truth is presented by Salman Khan Films, produced by Salma Khan and directed by Mahesh Manjrekar – with the release date to be confirmed.

Salman is currently shooting for Tiger 3, the third instalment of his popular action-thriller franchise, in Turkey with Katrina Kaif and will soon be seen as the host of Bigg Boss 15.