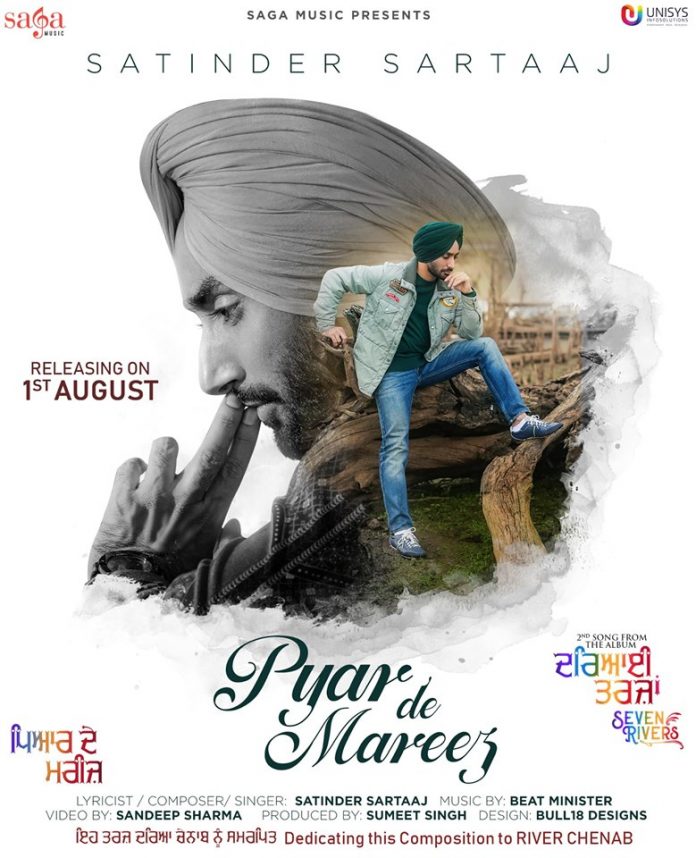 Punjabi singer Satinder Sartaaj has announced that he will be releasing ‘Pyar De Mareez’ from his album ‘Seven Rivers’.

Last month, the ‘Udaarian’ singer released ‘Gurmukhi Da Beta‘ – a song dedicated to the river ‘Sultej’. This was the first song he released from his new album ‘Seven Rivers’, where each song from the album is dedicated to a river in Northern India.

The poster features the Sufi singer, and as always Sartaaj has written the lyrics to the song as well. We’re sure it will be another soulful piece from him, and we can’t wait to hear it on 1st August!