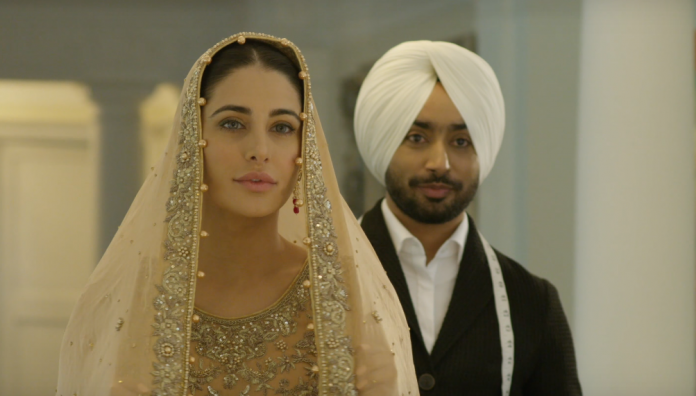 Punjabi and Sufi singer Satinder Sartaaj has shared that he will be releasing his second single of upcoming album “Seasons of Sartaaj” titled, Tere Vaastey, starring the Bollywood actress Nargis Fakhri.

Satinder Sartaaj took to his social media to share the poster of the upcoming song, and the picture was getting a lot of love from his fans. If the poster wasn’t enough, he’s now shared a one-minute teaser of the song.

Tere Vaastey is another love song, where we can hear the Sufi singers magical voice, that is adored by all age groups and gender.

It’s also a big collaboration, as the Sufi maestro has teamed up with Jatinder Shah, who is very known in the Punjabi music industry, and is the music director for the latest release. Sartaaj has also got the beautiful Bollywood actress Nargis Fakhri, who recently featured in Dr Zeus’ track “Woofer”, starring in the music video.

We saw Nargis in Woofer, looking very westernized and even rapped in the track, where as in “Tere Vaastey”, she plays an Indian princess that will captivate the audience.

If you’re a fan of “Main Te Meri Jaan”, then “Teri Vaastey” is another song you will have on repeat.

The video for the song has been directed by Sunny Dhinsey and the music has been composed by Jatinder Shah. The song hasn’t been given an official release date, but we can enjoy the teaser until then.

Check out the preview for the “Teri Vaastey” below.