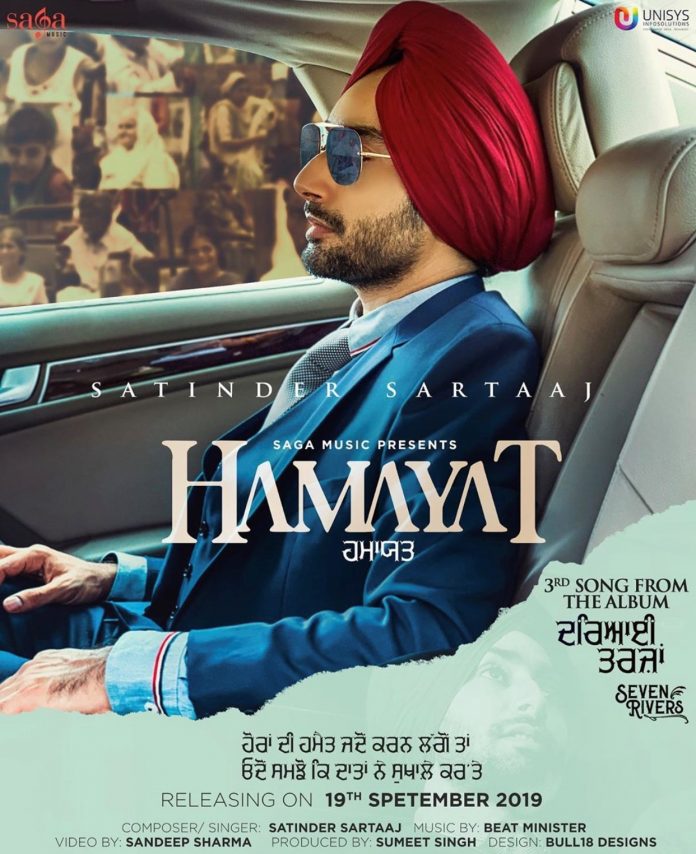 Satinder Sartaaj has released his new song ‘Hamayat’, which he has dedicated to the Punjab flood victims.

‘Hamayat’ is the 3rd single from Satinder’s most recent album Seven Rivers.

In an Instagram post announcing the release of his new single, Satinder shared the opening lyrics to the track in his caption:

The song released just days before he kicked off his European tour. As of yet, there are no UK dates on the tour, but we’re hoping they’re announced soon!

Watch the video to Hamayat here:

Health Priyanca Kumari - 5th December 2020
0
The four Chief Medical Officers of the UK have written a joint letter to the healthcare profession, covering winter, vaccines and research. Winter is always...

News Priyanca Kumari - 4th December 2020
0
In a landmark first, TIME Magazine has revealed Gitanjali Rao, a 15-year-old scientist and inventor, its first-ever Kid of The Year 2020. This year, in...
© BritAsia TV 2020 All rights reserved. Made By Gloss