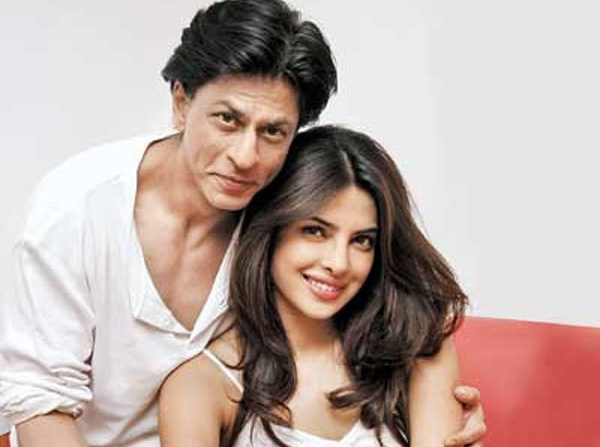 A 17 year old video has just surfaced the internet and the fans loving it! Back in 2000, before Priyanka Chopra was known for her famous acting roles in films such as Alex Parrish in Quantico and Jhilmil Chatterjee in Barfi, Priyanka Chopra was competing for the Miss World beauty pageant. Shah Rukh Khan would have just released movies such as Kuch Kuch Hota Hai and Mohabbatein but would yet to star in classics such as Kabhi Khushi Kabhie Gham.

The video takes place during a round of celebrities asking questions to the contestants. This is when Shah Rukh Khan decides to ask the awkward question…Who would she rather marry? He gives the star 3 options “A great Indian sportsman with all the records in Indian cricket like Azhar Bhai here, who would make their country proud, take you all around the world where you swell with pride. Or an artistic businessman with a difficult name to pronounce like Swarovski who will deck you in jewels and fine necklaces or a Hindi film star like me who had nothing better to do than to give you complicated, multiple choice questions for a hypothetical wedding like this?”.

Priyanka Chopra replied “I think I’d go for a great Indian sportsman. Because when I come back home or he comes back home, I will be there to be his support, tell him I’m proud of him just as much as India is, to be able to tell him, ‘Hey, look you did your best and you are the best’. I will take immense pride in my husband who will be of strong character if he can bring so much pride to my country”.

SRK and Priyanka have since formed a friendship and have previously worked together on projects like Don, it is also rumoured they were in a relationship together. 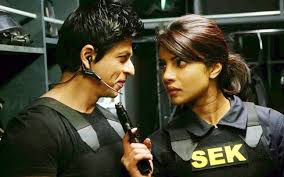 Check the video out here:

What would your answer be? Let us know your thoughts. #BritAsiaTV