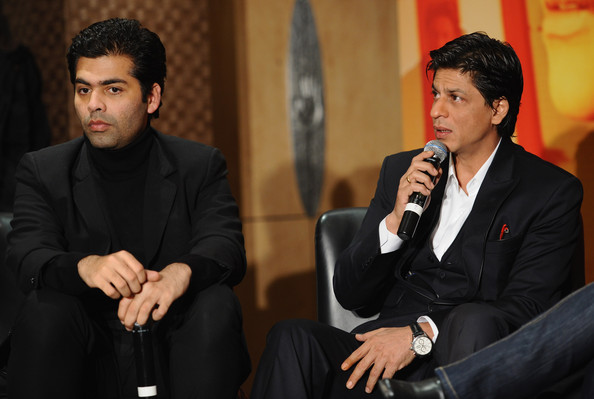 If we couldn’t get even more excited for this highly anticipated movie, director Karan Johar confirmed rumours of Shah Rukh Khan making a cameo in the upcoming romantic drama film ‘Ae Dil Hai Mushkil’ – which has a roster of talented cast members including Ranbir Singh, Aishwarya Rai Bachan, Anushka Sharma and many more.

Karan Johar confirmed the news whilst speaking to a live audience at the Toronto International Film Festival. He said, “Shah Rukh and I have an amazing working rapport. I haven’t directed a film with him in the last seven years now, but he did a scene for me recently in a film that is going to release in Diwali and after seven years when I was directing him, I realised nothing had changed. He knew exactly what I was expecting of him and I knew exactly what he was going to do. Ranbir who was the lead actor of the film turned around and said – What you guys have is like an aspiration for an actor to have with a director.”

The buildup for this movie has been huge, as it goes head-to-head in the box office against Ajay Devgn’s ‘Shivaay’, which has been the centre of attention in recent months. Recently, Ajay Devgn shared a video of British band The Vamps recording for the soundtrack of ‘Shivaay’.

Earlier this month, the music video the title track of ADHM was released, sending Bollywood fans insane. Check out the music video below and stay tuned for more music, entertainment, sport and fashion updates!