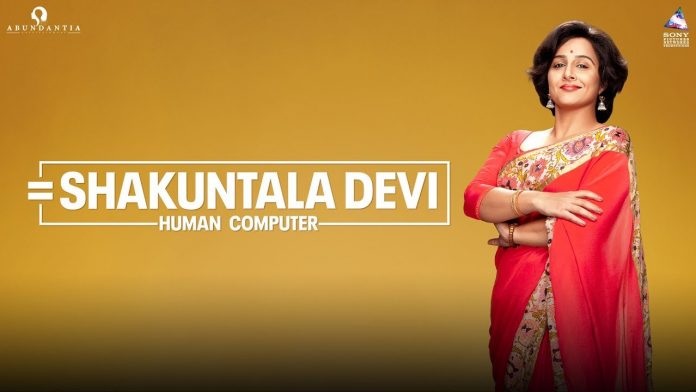 Get set for a perfect class this summer as Vidya Balan dons the hat of math whiz Shakuntala Devi to teach the world the universal language of mathematics. Amazon Prime Video today announced that the much-awaited Hindi biopic Shakuntala Devi will exclusively premiere for Prime members across 200 countries and territories.

Featuring the National Award winning actress Vidya Balan, the film is based on the life of
Shakuntala Devi, nicknamed the “human computer”, for her innate ability to make incredibly complex calculations within seconds. The film also stars Sanya Malhotra, who will be seen playing the role of Shakuntala Devi’s daughter with whom the genius enjoyed a complicated but extraordinary relationship, alongside Amit Sadh and Jisshu Sengupta in pivotal roles.

Written and directed by Anu Menon, the film has been produced by Sony Pictures Networks
Productions and Vikram Malhotra. The screenplay is written by Anu Menon and Nayanika
Mahtani, while the dialogues are penned by Ishita Moitras.