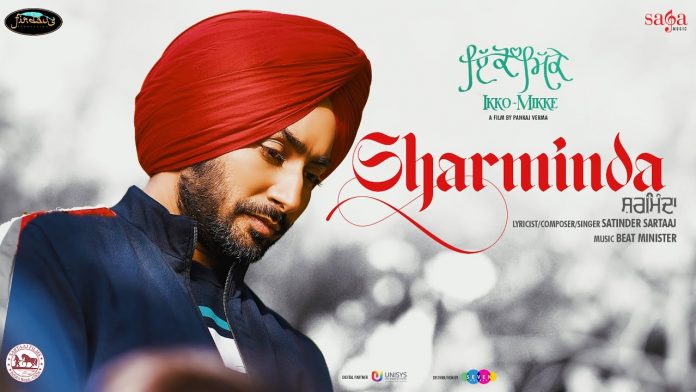 Sharminda is Sartaajs latest song and is 6 minutes long! The message this entails is ‘his delivery everything that makes him special are evident here’.

This is the second release from his forthcoming Ikko Mikke film soundtrack. This film is set to release on March 13th and Satinder Sartaaj and Aditi Sharma as leads.

Sartaaj has an educated way of delivering his message through songs. His depth of Punjabi is like no other, yet he pulls in music fans who do not fully grasp what he is saying at first, this is music about emotions which will eventually get you!

Sharminda is about the hurt, one feels after hurting their loved ones. The song is a journey and just reels you in for 6 minutes and you’ll still end up wanting more!