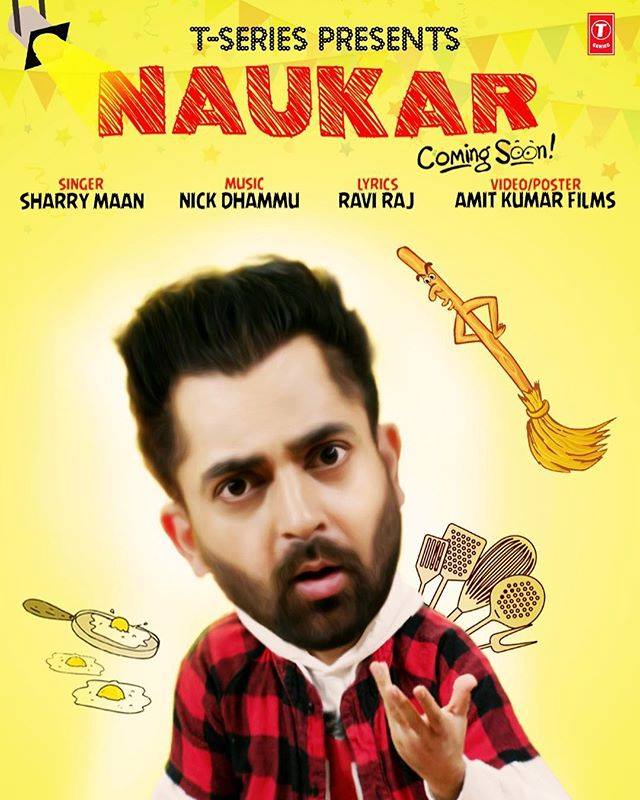 Punjabi singer Sharry Maan is ready to entertain his fans with a brand-new track titled ‘Naukar’.

Sharry Maan is set to return to the music scene once again with his upcoming track, after having a super successful 2018. Last year, we saw him release the track ‘Yaar Chadeya’, which was a huge success and garnered over 10 million views on YouTube.

He took to his 2.2 million followers to reveal the music poster for ‘Naukar’:

This time he will be working with a new team consisting of Nick Dhammu and Ravi Raj. The quirky poster shows that it might be a fun and upbeat song, and fans can expect some sort of comedy story line.

On the movie front, Sharry hit the big screen last year alongside Payal Rajput in ‘Marriage Palace’. This year, he will be starring in ‘Baraat Bandi’, along with Gurpreet Ghuggi, Karamjit Anmol, B.N Sharma, GinnI Kapoor and many others. The flick hits the screens on 29th March.