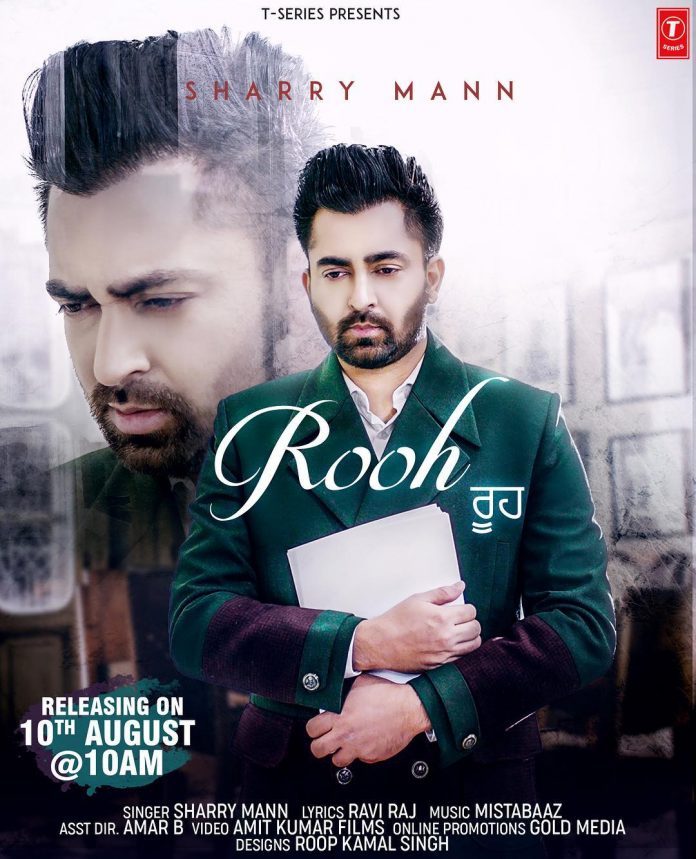 Prior to the announcement, Sharry was posting pictures of himself from the shoot, which indicated some sort of reveal to the track. He treated his fans by sharing the exciting news on his Instagram account, where he revealed the intense looking poster for the upcoming single.

We see the ‘Hostel’ singer clutching a book, with a sad look on his face. From the image that has been shared, we anticipate it to be a sad song from the Punjab native.

The lyrics for the track have been written by Ravi Raj and the music has been composed by Mistabaaz. As well as sharing the poster, T Series, have also released a teaser for the music video. We see Sharry and a female who appear to be a couple but things seem to turn at the end, but we will have to wait for the official music video to be released to find out the whole story.

‘Rooh’ will be releasing on August 10th, and we’re sure it will be following the footsteps of ‘Hostel’, ‘3 Peg’. ‘Cute Munda’ and many other hit tracks from the Punjabi singer.