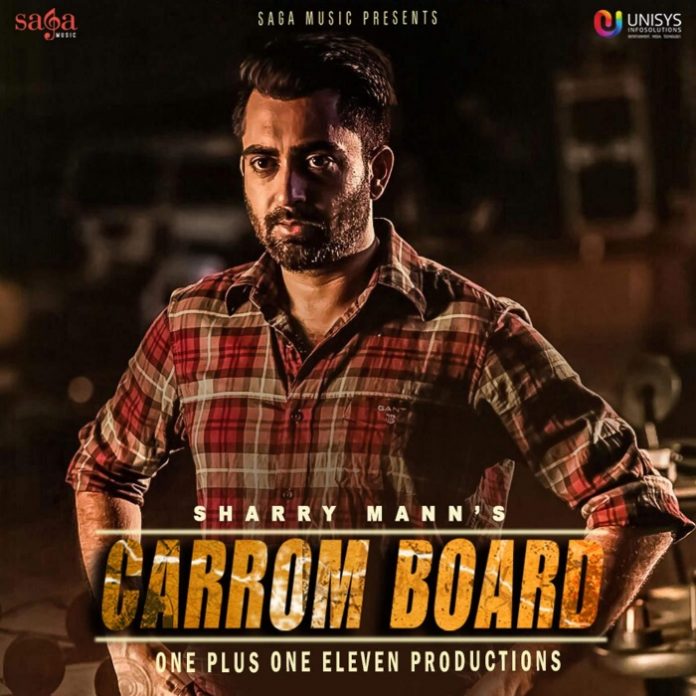 Sharry Mann has been a popular vocalist in recent years since debuting onto the Bhangra scene in 2011 with the single ‘Yaar Anmulle’, a very personal and heartfelt song for anyone who appreciates their culture and roots. Since then, he has had success with albums ‘Yaar Anmulle’, ‘Aate Di Chiri’ and ‘Meri Bebe’ – with the two most recent albums being fully produced by Toronto’s Nick Dhammu – a long-time collaborator of Sharrys and also the individual behind Diljit Dosanjh’s ‘Patiala Peg’. The duo have collaborated together and released some major hits in the form of ‘Chandigarh Waliye’, ‘Disk Ch Kali’, ‘Pooja Kiven Aa’, ‘Hashtag’ and most recently the summer hit ‘Vadda Bai’.

The single ‘Carrom Board’ has been produced by music producer ‘Goldboy’, who has been making a name for himself having been involved in some major projects such as Karan Sehmbi’s ‘Photo’, Ninja’s ‘License’, Monty & Waris’ ‘Mere Piche’ and even debuting as a singer with his brand new single ‘Chahtaan’ – as well as many more projects.

The production on this track is not a standard bhangra song that you would expect from Sharry Mann and he releases a track which is very unique – with a very funky and dubstep inspired beat, bassline and drum loop from the chorus onwards!

Check out the track below and as always stay tuned to BritAsiaTV!