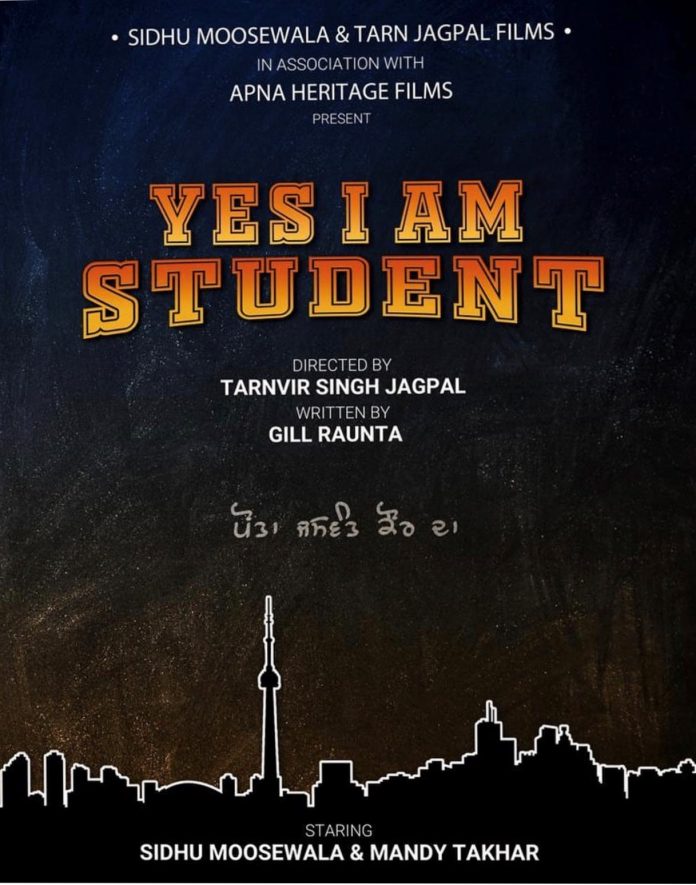 Sidhu Moose Wala has taken to his Instagram to tease a new film ‘Yes I am Student.’

Sidhu is no stranger to films, having starred in previous films such as ‘Teri Meri Jodi.’

The new film ‘Yes I am Student’ will be directed by Tarnvir Singh Jagpal who will also be producing the film alongside Sidhu and Apna Heritage Films.

Sidhu will be starring in the film alongside actress Mandy Takhar who has starred in films such as Ekam: Son of Soil and Mirza: The Untold Story.

As of yet, we still don’t have a release date or a trailer, but we’re hoping this is released very soon!

Until the ‘Yes I Am Student’ release, if you haven’t already seen the film, you can watch the trailer to ‘Teri Meri Jodi’ here:

Get your tickets to see Sidhu Moose Wala perform at the BritAsia TV Music Awards here.