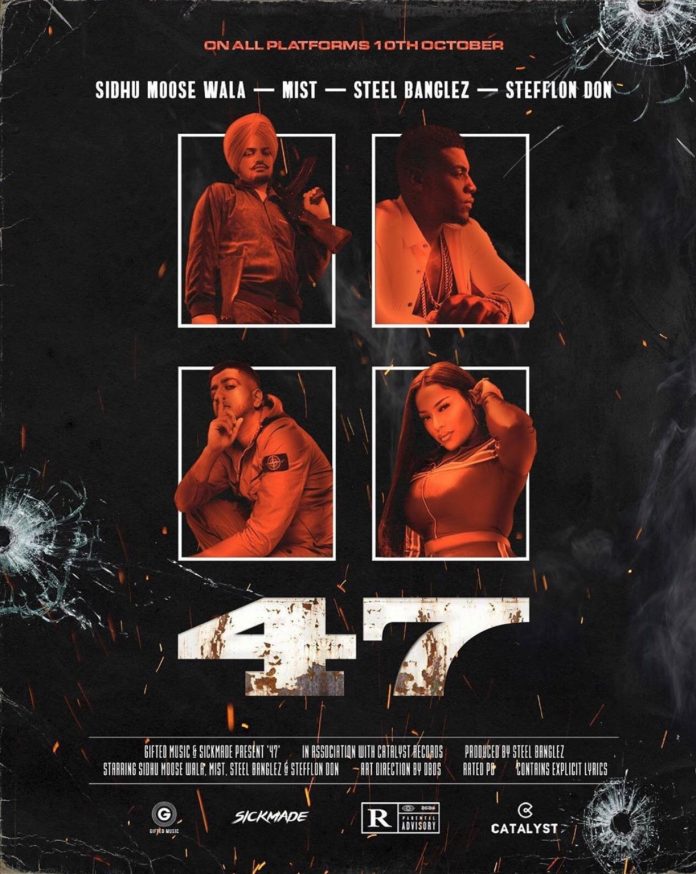 After months of speculation, Sidhu Moose Wala’s track, 47, with UK rapper Mist and producer Steel Banglez has been announced!

Fans had known for some time that Sidhu would be collaborating with the two, however they’ve left fans guessing months which other star would be joining them on the track.

It’s now been revealed that the 4th feature will be female London rapper Stefflon Don!

Fans went wild over social media, with all 4 of the acts posting the music poster around the same time captioning it ‘History’.

The posts collectively gained over 300k likes, with it being shared by countless amount of people expressing their excitement for the track.

As of yet, no snippet has been released, however the highly anticipated track will be released next week, so we don’t have long to wait.

47 will be available to stream on all platforms on 10th October.

Catch Sidhu Moose Wala performing at the BritAsia TV Presents Kuflink Music Awards! Get your tickets here, trust us you don’t want to miss this one!