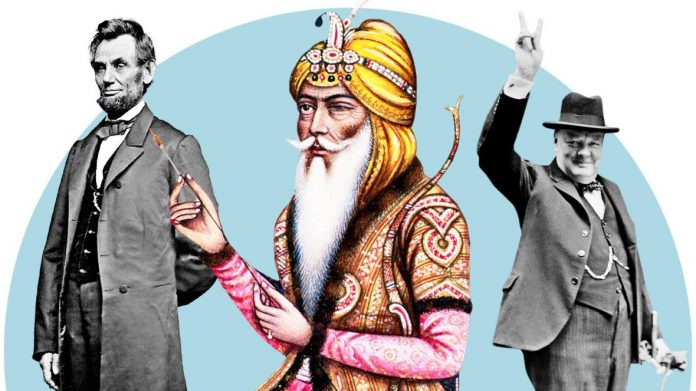 A Sikh warrior known for his vast conquests, religious toleration and taste for fire-water and beautiful women has been voted the greatest leader of all time.

Maharajah Ranjit Singh, founder of the Sikh Empire, defeated rival nominees including Winston Churchill and Abraham Lincoln, by gaining 38 per cent of the poll of more than 5,000 readers of BBC World Histories magazine.

The historian Matthew Lockwood nominated the so-called Lion of Punjab, arguing that while he was a conqueror, he formed a “modern empire of toleration” that unravelled after his death when the British took his former territories.