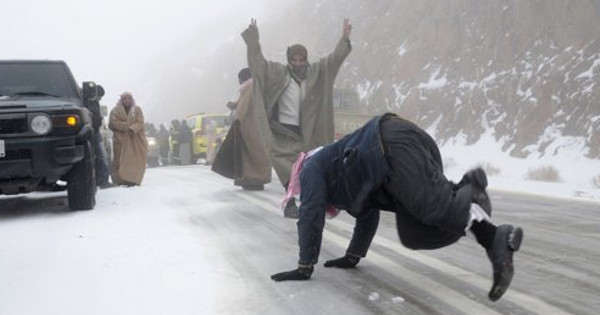 Christmas came early to Saudi Arabia this year as the countries’ desert sands became covered in snow. Temperatures dropped to -3 degrees Celsius on Wednesday causing a blanket of snow to cover areas in central and north western regions. 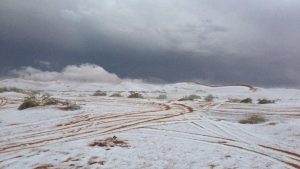 The strange weather was embraced by many Saudi Arabians who shared pictures of snowmen and videos of them skiing on the ice. Mid-October usually marks the rainfall season in Saudi Arabia but light showers are still happening across the country causing flooding which has led to 7 fatalities. 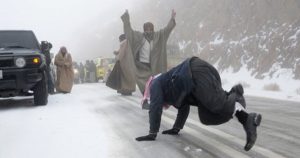 Professor of climate science at Qassim University, Abdallah al-Musanad, said that this is “the second rainfall this season,” despite it being 40 days since the end of the rain season. In January 2016 for the first time in 85 years snow was reported in the area between Mecca and Medina. The unpredictable weather is just one of many strange cases happening around the world, with this year being one for the record books.