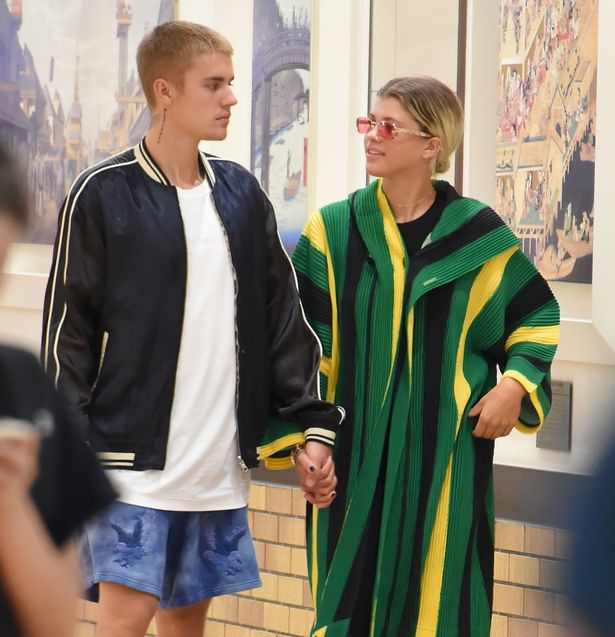 Just weeks after Sofia Richie gushed over her ‘special relationship’ with Justin Bieber, the couple have reportedly called it quits.

The couple have been said to be dating for over six weeks, which has been making the headlines in classic Justin Bieber style after he sensationally made his account private then DELETED his Instagram account after he and Sofia Richie received a number of abusive messages from his fans. In one Instagram post, he captioned: “I’m gonna make my Instagram private if you guys don’t stop the hate, this is getting out of hand.”
“If you guys are really fans you wouldn’t be so mean to people that I like.”
This then ignited ex-girlfriend Selena Gomez to comment: “If you can’t handle the hate then stop posting pictures of your girlfriend lol – it should be special between you two only. Don’t be mad at your fans. They love you.”

It was rumoured that an apparent public argument broke out on Instagram between the two, including allegations of Selena Gomez cheating with Zayn Malik. However, there are no screenshots to prove these comments are real. Selena eventually apologised for her comments via Snapchat. “What I said was selfish and pointless,” she admitted.

News of both Justin Bieber and Sofia Richie splitting comes in complete shock, after she revealed the close bond between her and the Pop star. “We have a special relationship. Justin is very easy to talk to, and that’s hard to find with people in Los Angeles.”

But now it seems as though their relationship together has now ended. We wonder now that they have broken up if Justin Bieber will reactivate his Instagram account!