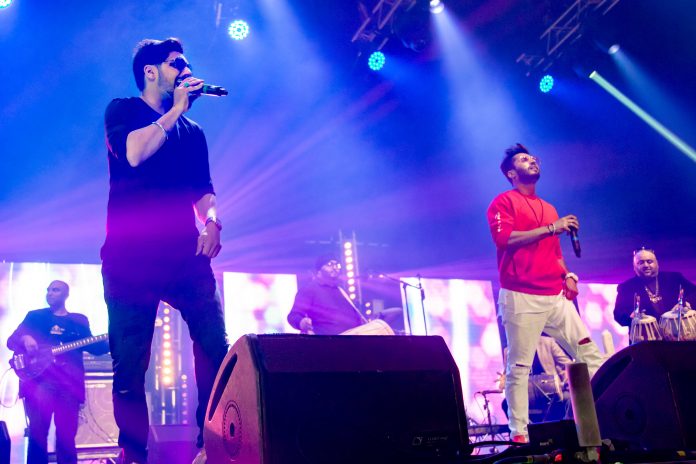 Groundbreaking performances were witnessed by thousands of music loving fans who had travelled from far corners of the world to attend this exhilarating event. The arena erupted with cheering and applause at the announcement of each category nominee demonstrating huge support for the remarkable Asian music industry. The stage was set, the cameras were rolling and the venue was filled with masses of excited supporters ready to celebrate the success of their favourite artists.

Hosted by Sukhi Bart and Actress Mandy Takhar, the BritAsia TV World Music Awards has marked a turning point for British Asian Music by raising the bar of quality and eminence held by this industry. Incredible performances were laid on by some of the best artists in the world who ensured that they kept their audiences captivated! Curtis Young son of legendary Dr Dre graced the stage alongside award winning Dr Zeus and Rameet for the first time in the UK. The king of Bhangra Channi Singh OBE won the Life Time Achievement Award. Channi Singh OBE topped the show by performing his greatest hits including Babiye ni Babiye – an amazing performance! The most successful artist of the night was top Punjabi singer and actor Diljit Dosanjh who won two gongs – (Best Music Video and Best Male Act)!

Jaz Bal comments “Congratulations to all winners and a big thank you to Sponsors, Artists and of course our fans who made this another award ceremony.”

The winners at 2017 awards are as follows:

Best Bollywood Act of the year

Do you know – Diljit Dosanjh

One time for ya mind – Tru Skool

Bollywood Record of the year