The Star Screen Awards were held last night in Mumbai and the star-studded event was hosted by Salman Khan and Shah Rukh Khan. In attendance were some of the most glamorous stars dressed to impress making this year’s red carpet a memorable one. 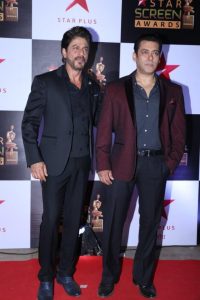 Sonam Kapoor made an interesting choice in her monochrome Stephane Rolland gown, some have criticised the look but her tribute performance to Rekha during the awards won audiences over. 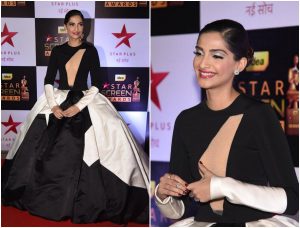 Deepika Padukone’s flamboyant Gauri and Nainika gown didn’t win much appraisal but her overall style definitely did as she won the Best Style Icon Award. 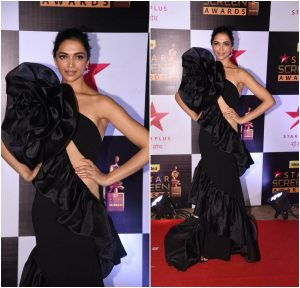 Amitabh Bachchan picked up the Best Actor award for Pink, he was accompanied by his daughter Shweta who looked stunning in her modest white dress. 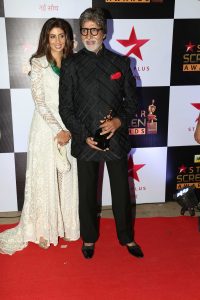 Who was the best dressed? Let us know your thoughts. #BritAsiaTV