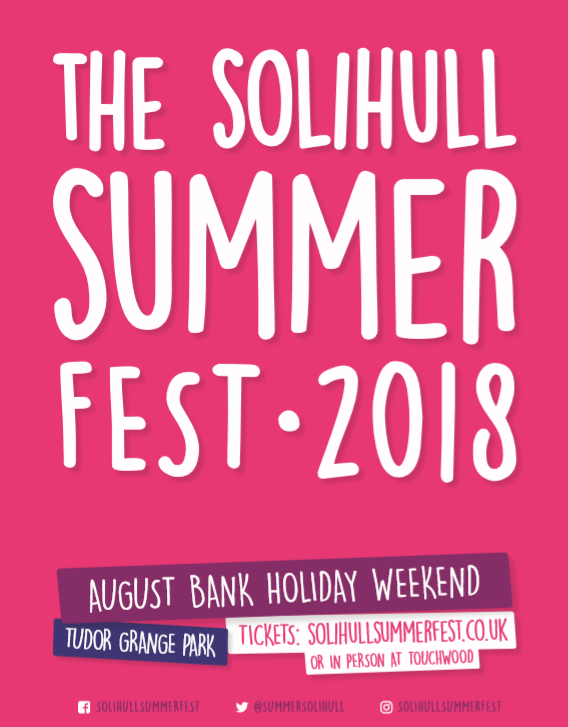 This year’s Solihull Summer Fest is set to be the biggest and best yet with a line-up that includes band legends such as Busted, Sister Sledge, Blue and the latest X-factor winners, Rak-Su.

Now in its third year, thousands are expected to descend on Tudor Grange Park over the August Bank Holiday weekend for what is it fast becoming one of the most popular music events of the summer.

With more than 10 hours of live music each day, the Saturday 25th August line-up includes Sister Sledge, 10cc – who had 11 Top Ten UK singles including ‘Dreadlock Holiday’ and ‘I’m Not In Love’, Blue who sold 40 million singles worldwide, Rak-Su winners of X Factor, singer and Britain’s Got Talent judge, Alesha Dixon and Birmingham’s very own Roland Gift from the Fine Young Cannibals. They’ll be supported by well-known tribute acts The Ed Sheeran Experience and Robert Lamberti as George Michael. 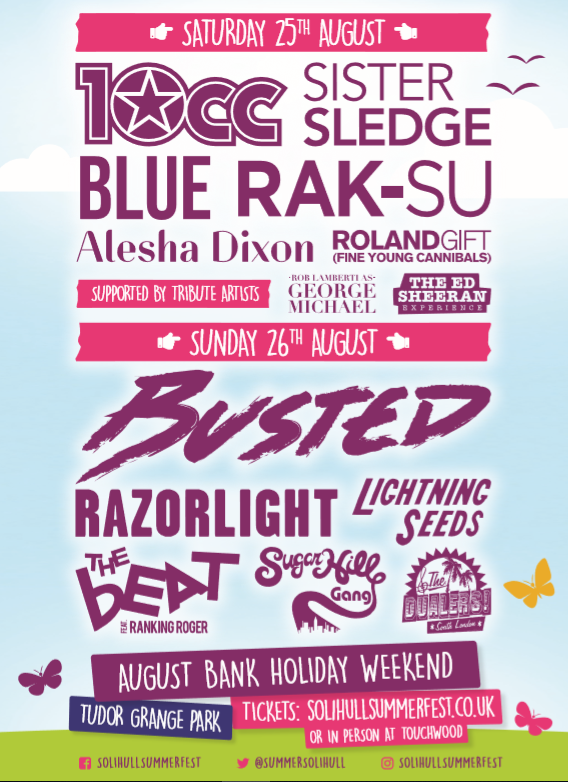 Gates open from 11am until 10pm. In addition to the music there will be fun fair rides, a food village full of street vendors and a huge variety of bars, including Real Ale and Prosecco.

Exclusive VIP tickets are available and include entry in to the VIP area and garden, a VIP and cocktail bar, luxury toilets and Gold Circle access to the front of the stage.

Festival Manager, Sarah Elliott, said: “Come along and experience all the fun and excitement of a festival on your doorstep! It’s fantastic to think we are now in our third year and are becoming such a popular fixture in the local and wider music festival entertainment scene.

“We always try to ensure that there is something for everyone to enjoy – and this is promising to be our biggest and best Solihull Summer Fest yet!”