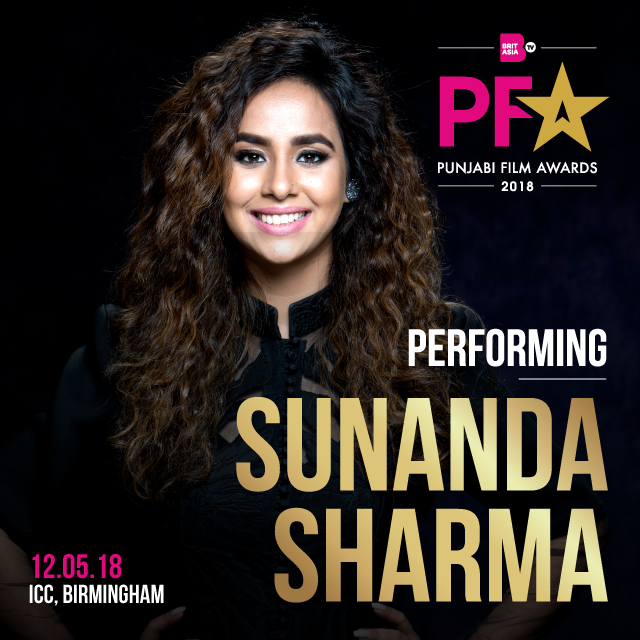 Punjabi singer and actress Sunanda Sharma will be performing for the first time in the UK at the BritAsia TV Punjabi Film Awards 2018.

The singer exploded onto the Punjabi music scene with her hit record ‘Patake’, which to date has crossed over 85 million views on YouTube. Her growing success led her to win the ‘Best Female’ award at the BritAsia TV World Music Awards 2017.

This year, saw Sunanda deliver her debut acting performance, being cast opposite Punjabi superstar Diljit Dosanjh, for one of the most anticipated Punjabi movies of the year, “Sajjan Singh Rangroot”.

Flying high from the success of the movie, Sunanda will now take to the stage in the UK for the first time, to perform her hit songs ‘Patake’, ‘Jaani Tere Naal’, and many more in a music medley.

A limited amount of tickets will go on sale to the public for an opportunity to see the singer live on stage, with even more acts to be announced soon.