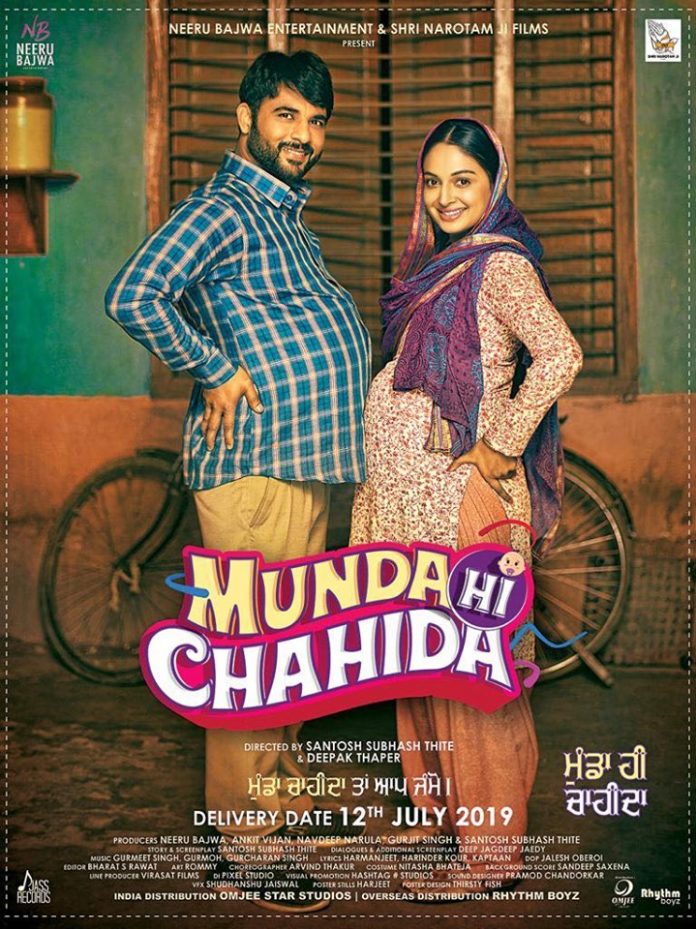 The makers behind the upcoming Punjabi movie ‘Munda Hi Chahida’ have shared a few posters from the flick.

The popularity of Punjabi movies has been increasing rapidly over the years. To keep up with the demand, the industry has been churning many movies out over the past few months.

Another film that has popped up on the horizon is ‘Munda Hi Chahida’. The film is set to star Rubina Bajwa and Harish Verma in leading roles.

Rubina’s sister Neeru will be producing the flick and will be released under the Neeru Bajwa productions banners. The announcement of the flick was made in March, when Neeru shared a poster from the film with the caption ‘July 5’.

It had fans talking and wondering what we could expect from this one. Earlier this week, Harish shared another poster featuring himself and Rubina.

We see both actors looking very pregnant, and has caused a frenzy between their fans. The story title indicates that this movie will be based on a couple wanting a boy. This is a common problem in India, where a lot of families hope to gain more males in the family.

Hopefully, we’ll see the flick tackling this issue and speaking out against the widespread issue of this in India. The new poster also shows that the movie has been pushed back to the 12th July.

Whilst we wait for more news on this movie, Neeru Bajwa is celebrating the success of her recent movie ‘Shadaa’. Check it out in cinemas now!