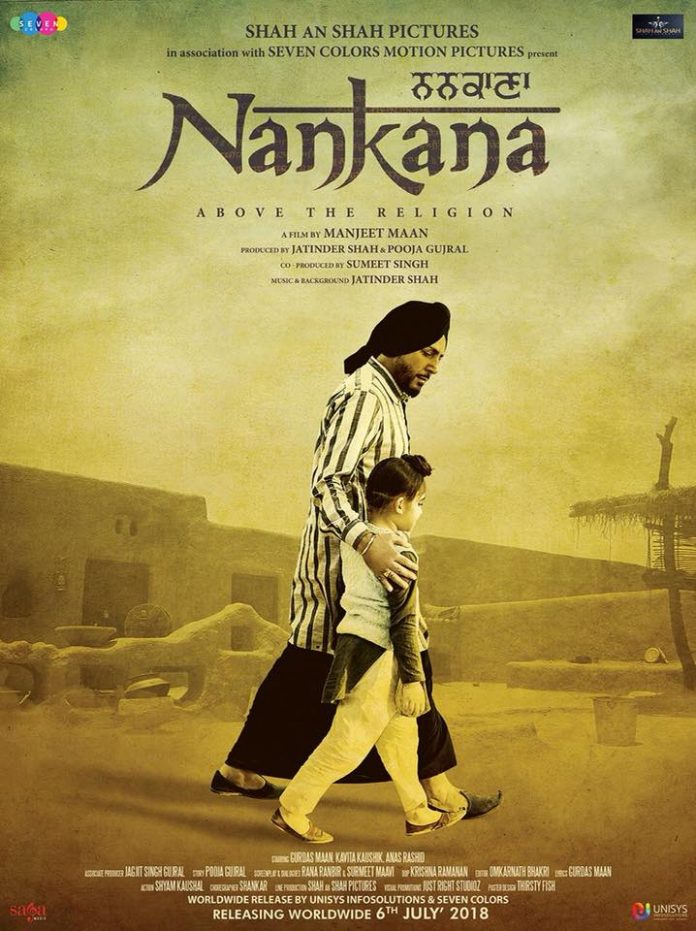 It has become one of the most highly anticpated movies of the year, and the makers of the movie have finally given fans a glimpse of the poster for the new movie.

On the poster, it shows Gurdas Mann with a little boy, which could indicate that it is a family drama. It also features the tagline ‘Above the Religion’, which could mean religion has something to do with the storyline of the film.

The movie has been directed by Gurdas Maan’s wife Manjeet Maan, and will have their son Gurikk Maan as the assistant director. Famous Indian music composer Jatinder Shah and Pooja Gujral are the producers of the movie, and Shah will be making some music for the film, so audiences can expect some of his famous work.

‘Nankana’ is due to be released in cinemas 6th July 2018, and until the we can wait for a trailer to hopefully be released soon.